Jason Isbell and The 400 Unit Debut “Cumberland Gap” Ahead of New LP, Sold Out Ryman Residency 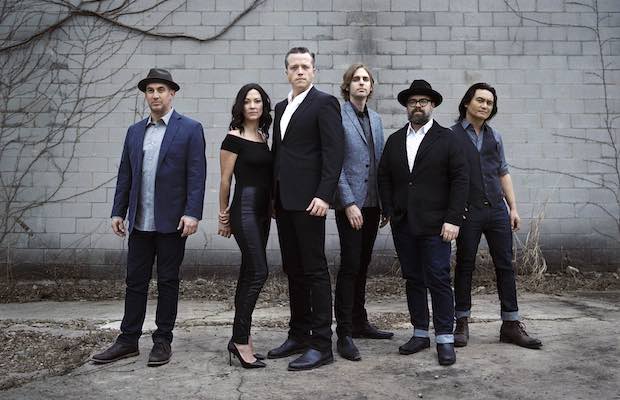 As we told you earlier this spring, resident breakout Americana singer Jason Isbell is preparing to release a new album, The Nashville Sound, June 16 via Southeastern Records, reconvening with backing band The 400 Unit after a two-album hot streak alone, with 2013’s Southeastern and 2015’s Something More Than Free. Produced by Dave Cobb, who also also helmed those two efforts, and recorded at historic RCA Studio A, the forthcoming album is described as “Isbell and his bandmates going back to their rock roots full force,” with ten songs that tackle real world topics like politics and cultural privilege.

A month back, Isbell and co. gave us a first taste of what they’ve been working on, with lead single “Hope the High Road,” a rocking ode to refusing to be disenchanted by our divisive current social and political climate. More recently, the versatile singer dropped a second tune, “Cumberland Gap,” which, also an upbeat and rock-geared track, tackles something that can sometimes be groan-worthy as a recent talking point- the strife of the working class in coal country- in a very earnest and empathetic way. Unsurprisingly, Isbell, an outspoken, socially progressive and extremely welcome voice in the country landscape, is unafraid to inject his music with plenty of insightful commentary, on top of being in a class of his own as a songwriter, we can’t wait to hear what else he has to say on The Nashville Sound.

As you may recall, we also mentioned last time that Isbell and The 400 Unit would be headlining a whopping five-night residency at The Ryman this October. If you’ve paid attention to Isbell shows in the past, it should come as now shock, but the whole run promptly sold out. At least you have some great new music to look forward to!