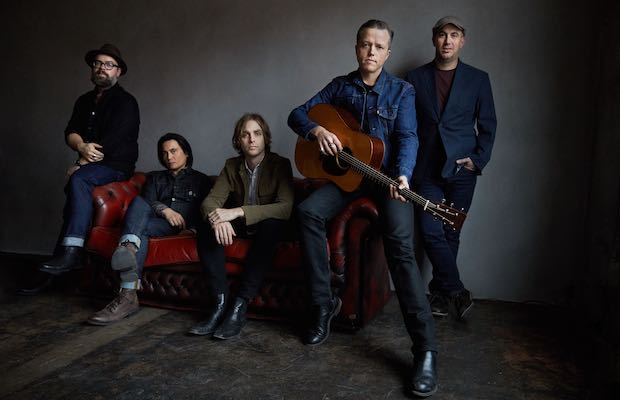 After two celebrated and award winning records released under his own name, 2013’s Southeastern and 2015’s Something More Than Free, Alabama native turned breakout Nashville songwriting fixture Jason Isbell has reconvened with his backing band The 400 Unit for a new album, The Nashville Sound, set to arrive June 16 via Southeastern Records. Produced by Dave Cobb, who also helmed Isbell’s last two efforts, and recorded at historic RCA Studio A, the record is described as “Isbell and his bandmates going back to their rock roots full force,” with ten songs that tackle real world topics like politics and cultural privilege. Derry deBorja (keyboards), Chad Gamble (drums), Jimbo Hart (bass), Amanda Shires (fiddle), and Sadler Vaden (guitar) make up The 400 Unit, and their last album with Isbell was 2011’s Here We Rest.

In addition to album news, which is exciting enough in its own right, Jason and the band have also announced a five-night residency at The Ryman Auditorium, set to span Oct. 10, 11, 13, 14, & 15. In 2014, Isbell sold out a three-night residency, and in 2015, he bumped it to four. After various high-profile local shows, festival dates, and Grammy wins since, it’s certainly no surprise to see yet another night tacked on. Expect openers (quite possibly different ones each night) to be announced at a later date, keep an eye out for imminent new music, and grab tickets when they go on sale this Friday, March 17 at 10 a.m. CDT here (3/10), here (3/11), here (3/13), here (3/14), and here (3/15), with pre-sales beginning a day sooner- we promise they won’t last long.