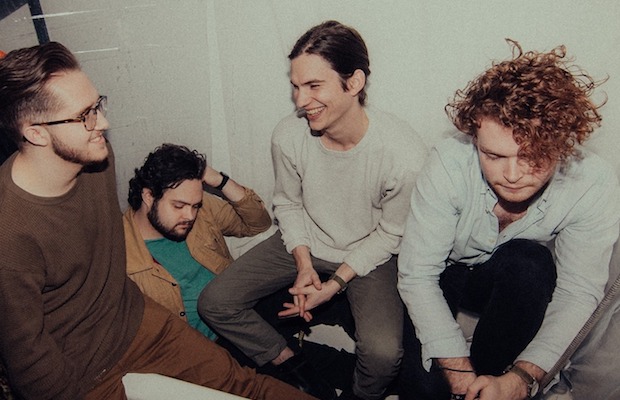 Formed originally in Murfreesboro, Mountains Like Wax are a band we’ve had our eye on for several years, from their early days of DIY shows leading up the release of their debut EP, Tetrology, to their well-deserved win in last year’s Music City Mayhem competition, earning them a spot last fall at Live on the Green. Though they exist in the same DIY space as, and often perform with many of the city’s rising punk, alternative, and emo bands we’ve been buzzing about lately, Mountains Like Wax adopt a sound that is a kindred spirit to, but sonically distinct from, that punk-informed base. Crafting lush, ambient textures, MLW’s indie/post-rock sound is sweeping, hypnotic, and earnest, more calming than aggressive, though still packed with raw emotion. They’re a must-know band, if, somehow, they’ve eluded you thus far, and with a headlining spot tonight, April 7, at The High Watt, you can catch them on an inexpensive, diverse, local bill, at the start of what’s shaping up to be another promising year.

With just a couple tracks to their name, alt/indie rockers Constellations are already grabbing our attention, with their knack for crafting huge, pop-accessible hooks. The fact that Dave Elkins, of Mae and Schematic fame produced their new single “Stopwatch” is also enough reason alone to give them a close listen. Another artist we’ve gushed about in the past, Rock Eupora is the musical outlet of Mississippi transplant Clayton Waller, who navigates an eclectic indie rock sound that pulls from alternative, pop, and even college rock. Finally, Coyote Talk, whose video for “Spirit of the Night” we premiered last month, bring even more musical diversity to the bill, with their folky, poppy, modern, alt-Americana meets indie rock sound. If you’re looking for a sampler of some of the best of what’s happening right now in Nashville, this is it.

Mountains Like Wax, Constellations, Rock Eupora, and Coyote Talk will perform tonight, April 7 at The High Watt. The show is 18+, begin at 8:30 p.m. (doors at 8 p.m.), and tickets are available to purchase for $10.