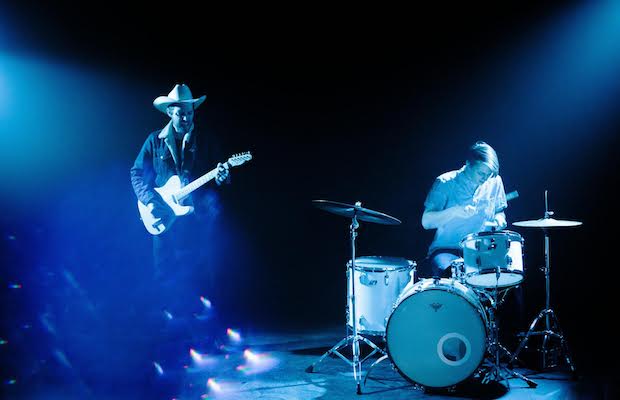 Raised in between the urban sprawl of the Chicago and the sprawling cornfields of Indiana, singer-songwriter Joshua Frigo began writing the genesis of what would become Coyote Talk before ultimately relocating to Nashville, where the group’s folky, poppy, modern, alt-Americana meets indie rock sound feels right at home. Rounded out by Ben Goodrow and Alex Dobbert, the band released their first LP, Sister, in 2013, and have become of fixture in the city’s rich, underground musical landscape in the years since.

Ahead of new record Shangri-La, due out March 31, Coyote Talk have returned with a new single, “Spirit of the Night,” and an accompanying video, which they were kind enough to let us premiere ahead of the track’s official Feb. 17 release. Furthering their knack for fusing classic country and Americana with modern indie stylings, the song feels like a worthy leap forward for an already talented band, and the stylish, artsy, accompanying video compliments the feel of the song perfectly.

Watch “Spirit of the Night” below!