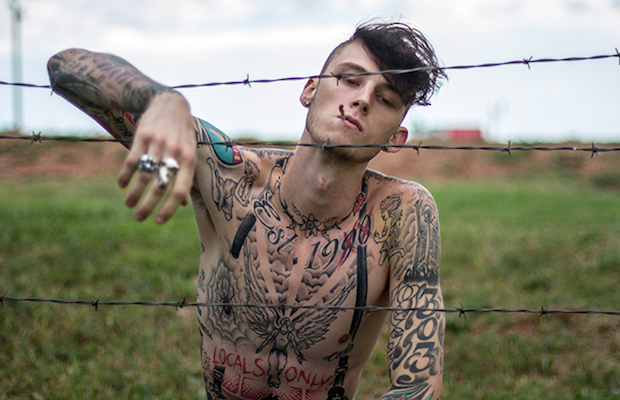 Though a rapper through and through, Cleveland’s Machine Gun Kelly has always drawn influence from and harbored an affinity for the rock scene, and that helped fuel his broad, crossover appeal as the MC cultivated an audience in his earliest days, performing just as easily at events like Warped Tour as with big names in hip hop. Signed to Bad Boy Records since 2011, Kelly, now only 26, drew immediate praise for his sharp delivery and punk rock, anarchist attitude upon the release of his debut a year later, and has managed to achieve unprecedented mainstream attention in the years since. Though his sophomore effort, 2015’s General Admission, fueled MGK’s buzz, a more recent string of unexpected acting roles, both in television (Showtime’s Roadies) and film (Nerve, Viral, SLC Punk 2) as well major collaborations like “Bad Things,” with former Fifth Harmony singer Camila Cabello, have cemented Kelly’s status as a certifiable star.

For only the second time ever, MGK has announced a headlining performance in Nashville, May 2 at Marathon Music Works, as part of an upcoming string of dates. Sure to be a rowdy, punk-spirited evening, bridging the gap between rock energy and hip hop stylings, tickets are available now right here.