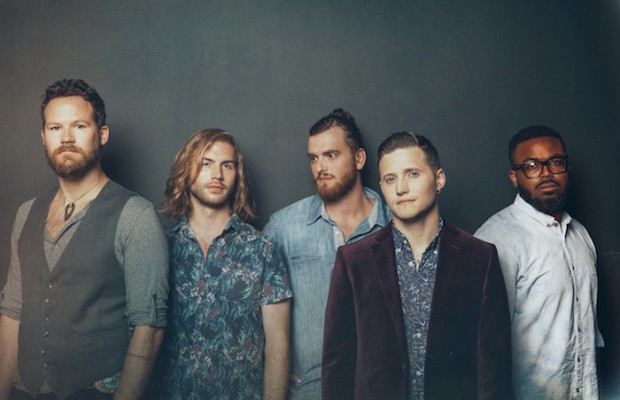 Local blues/indie rock heroes and certifiable Nashville success story The Delta Saints have been teasing the release of a new record for a few weeks now. Other than the title, Monte Vista, and some album cover artwork, they haven’t given yet revealed much, but that all changes Feb. 23 friends, because the group are officially releasing new track “California,” and, to celebrate, they’re throwing a very special single release show at The Basement, with help from neo-soul blues/funk outfit Kat Milk Blu in the opening spot. Tickets to the show are currently available for here, but we’re also giving away a pair of tickets to one lucky fan! Enter for a chance to win after the jump, and be sure to read more about the lineup below.

For almost a decade now, The Delta Saints have helped the Music City rock scene flourish, and become fixtures of our own playlists in the process. We first took notice around 2013, with the masterful LP Death Letter Jubilee, and have been keeping tabs on them every since. With a heavy blues leaning to their powerful indie rock, and a kickass live show, it’s no wonder that the group have caught on, not just in Nashville, but all over the U.S. With the release of 2015’s Bones, they took they touring international, and can count on their global fanbase continuing to grow when they leave for Europe in March. But, before they head across the pond for a few weeks, you can send The Delta Saints off in style at The Basement, and help them celebrate the release of their latest single “California” ahead of new record Monte Vista. The release date has yet to be announced, but, for now, revisit old favorite “Heavy Hammer” while we wait for new tunes.

Winner will be announced Tuesday, Feb. 21 at 12 p.m. CDT, and will receive one pair of tickets. Good luck!