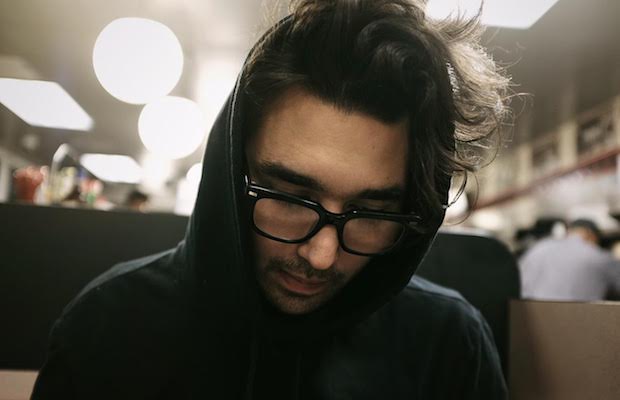 It’s been nearly two years since local artist Julian Dente released his trumpet debut EP, Start Again, as YØUTH. A project Dente describes as making “music that reminds you of high school. In a good way,” YØUTH builds his jangly, emotionally resonate, and deeply personal style of indie rock on a base of influences that definitely channels the emo and pop punk-leaning stalwarts of last decade, while just as effortlessly incorporating layered, contemporary alt rock and pop sensibilities. Able to balance earnest feelings of teenage nostalgia with darker, more adult themes, YØUTH is a standout artist of the local scene, and one you should check out immediately if he’s somehow slid under your radar.

Today happens to be Dente’s birthday, but we’re the ones receiving a present: his first new track since 2015, a cathartic, reflective, and earnest new tune called “Anyway,” which we’re thrilled to premiere!

Set to be officially released on streaming and download services this Friday, Feb. 17, “Anyway” is the first single from YØUTH’s forthcoming debut full-length, Blame, which is currently expected to arrive this fall. On the track, Dente tells us:

“Recently I became very aware of how easy it is (at least for me) to let things fade or fizzle out if I don’t practice or work at them consistently. Thought patterns, friendships, relationships, drinking too much,  smoking at all, etc.. All of those areas require constant work and presence for me to stay healthy.  While writing this song I saw a simple image in my head of a man afraid to show the person closest to him his true self, becoming numb/distant and eventually letting the love he once had die. A pretty common tale, I think.

If I’m honest, I’m just exorcising my own demons, projecting my own fear of being cold and aloof towards the person I care most about in this world and losing her because of it”

Check out “Anyway” below, and catch YØUTH opening for Dashboard Confessional Feb. 26 at The Basement East; a very limited numbers of tickets are available here!