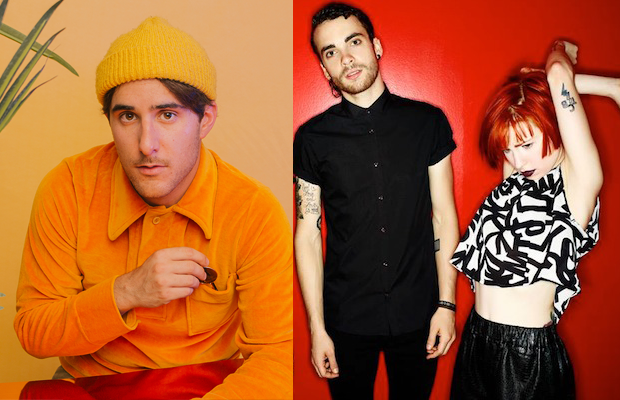 It’s been a long road to Paramore‘s fifth album- the highly-anticipated followup to their Grammy winning, 2013 self-titled effort. Over the past few years, the local group, who still call the Nashville area home more than a decade into their existence, achieved some of the highest critical and commercial success of their career, toured the globe, hosted two concert cruises, and much more, though not without a few setbacks, including the departure of bassist and founding member Jeremy Davis.

Over the past year, as the band, now vocalist Hayley Williams and guitarist Taylor York, have crafted their forthcoming LP, they’ve seemingly done so with a lot of self-reflection, largely writing and recording at home in Nashville, and re-teaming with producer Justin Meldal-Johnsen, who helmed Paramore. Last summer, the group revealed through a series of social media posts that former drummer Zac Farro, who, along with his brother Josh, served in Paramore from their formation in ’04 until their joint exit in 2010, performing on all but the band’s self-titled release, was back in the mix, though, at the time, his involvement was described as merely in a recording capacity, rather than a permeant role.

It seems Zac’s standing may have changed, however, as the group just posted a mysterious gif on social media and t-shirt on their website simply captioned “I’m Back” with a childhood photo of Farro. Zac, of course, has been increasingly more active with his solo project HalfNoise, and released his sophomore LP under that moniker last year. However, he had nothing but positive things to say about his former project, when we had an in-depth interview in our podcast awhile back, so it’s conceivable that he could juggle both bands, and, certainly, his return would be a great way to cement a piece of the Paramore’s legacy, while also pushing forward to an exciting new chapter. While we wait for an official clarifying statement from either the band or Farro to arrive, we’re going to treat this as probable but not confirmed, but all signs seem to be pointing in one direction:

UPDATE: Still no statement, but as if there as any doubt, the group just posted a photo of their apparent new lineup with the caption “tres.” Check it out below.