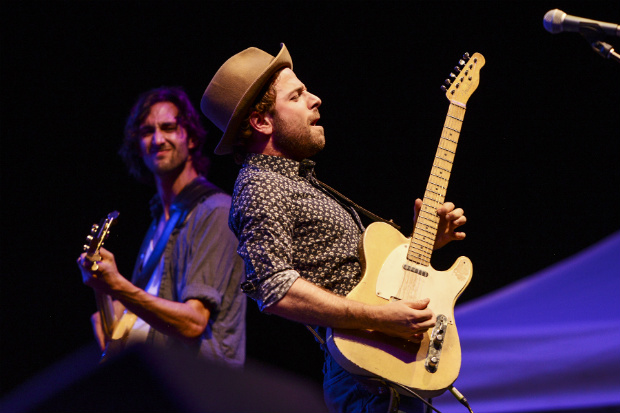 Live on the Green continued last week for another edition of their already unbelievable 2016 season.  They followed up the first two weeks of Andra Day, Allen Stone, and White Denim and Jenny Lewis, Passenger, and JR JR, respectively, with another solid bill featuring Dawes, Kurt Vile & The Violators, and The Record Company.  We were there to soak it all in, and we have our full review below along with some incredible photos by Mary Beth Blankenship.

There was no denying that it was hot and sticky for the third week of Live On The Green, but that didn’t stop fans from filling Public Square Park for another edition of the free festival.  Live On The Green is now in its eighth year, and there have been plenty of warm late summer nights that we’ve been a part of.  This one felt like it might have been the most humid that I can remember, but the mixture of artists kept me, and the thousands packed into the park, tuned in, despite the elements. 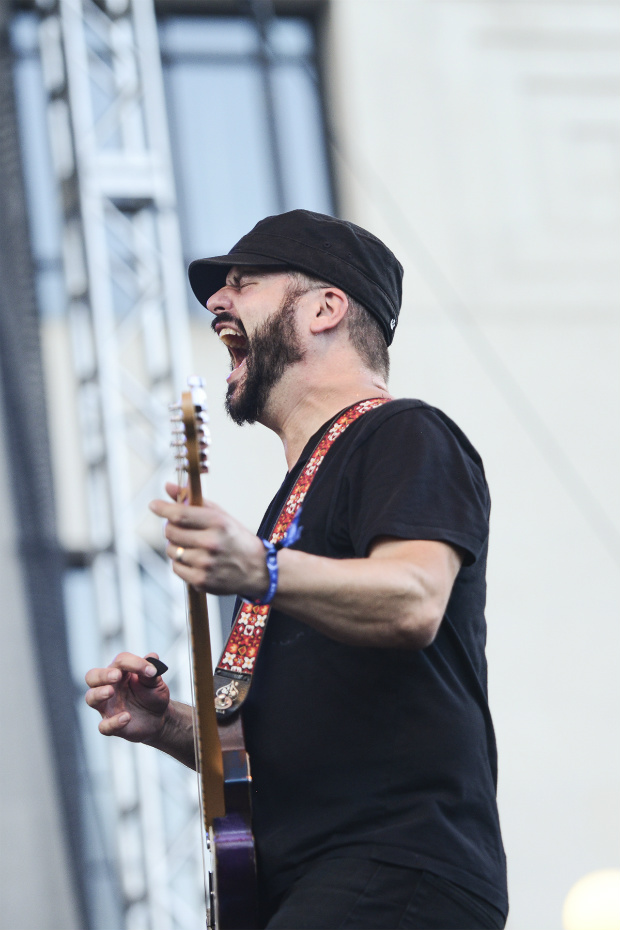 This was my first chance seeing the LA blues rock outfit The Record Company, and I walked up to a partially full lawn as they were just getting started. As I settled into place and ran into good friends who were Record Co. rookies as well, we all marveled at the tone and attack to their songs. Within a few short years, the trio have created a sound that is unique even in a crowded genre, and they largely do that through a true respect for the blues. Maybe they picked up some tricks hanging out on tour with BB King or they have just worked tirelessly to master the attitude of the master blues musicians that brought them together as a band. Their mix of traditional set up, seated slide lap guitar, and harmonica was a perfect mix, and it was nice to hear them humbly tell us how “Off The Ground” had really been a game changer for them this year. They wrapped up their powerful set, surely with way more fans than when they arrived, and I was one of them. They’ll be back in town for a headlining set at 3rd and Lindsley on Nov. 5, and we’ll be making plans to be there.  You should do the same. 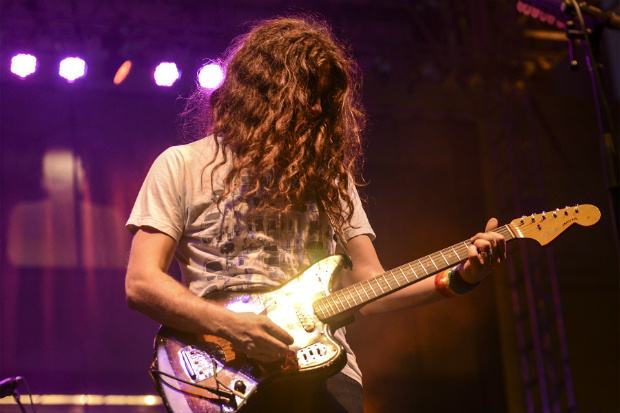 Kurt Vile and his Violators took over the stage, and seemed to adjust their set to play to the crowd’s general heat-induced lethargy. They started the set off with “Dust Bunnies” from Vile’s highly acclaimed 2015 release b’lieve i’m goin down, which lead to the impression this would be another hit parade like his incredible set at Bonnaroo earlier this summer. But, Vile turned deep into his catalogue, and focused on more of the introspective stoner rock jams to start the show off in a more subdued fashion than the past shows of his I’ve seen. He started to pick things up again with a ripping version of Wakin’ On A Pretty Daze closer “Goldtone,” but then immediately slowed back with “Girl Called Alex” from the same record to send us back to self reflection. Sticking with his 2013 breakout record, Vile did reeled the crowd back in a bit when he got to the title track from Wakin’, which featured some incredible effect laden acoustic guitar playing. But, when Vile was finally delivered his signature Fender Jaguar, and tore into last year’s hit, “Pretty Pimpin’,” I was reminded that Vile hasn’t been on a lot of people’s radar for too long, and the crowds rose and cheered, people flocked to the stage, and the sing along began for his best known radio hit. After he wrapped that track, we were disappointed to see some one-hit fans packing up as he continued on with “KV Crimes.” Before wrapping up his heady but great set, Vile did earn some solid Nashville street cred by suggesting he would be DJ’ing at East Nashville hang, Dukes, late night. 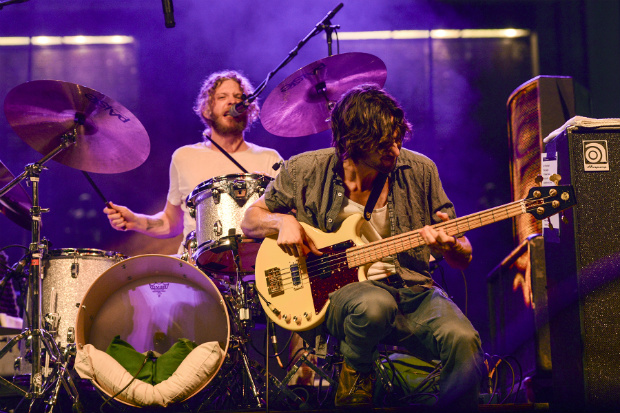 At this point Dawes are seasoned festival performers, having played most of the festivals across our country and the world. I’m a fan of Dawes’ live show, and have seen them several times at this point, but, admittedly, don’t listen to their records enough to quote songs or reference which album they dug into the most. But, they know how to work the live setting with their well crafted and well written songs, and they provided a bit of a spark to keep the still healthy crowd going on the excessively humid August night. The fans toughed it out for a reason, and that was to sing along to the Lightning 100 regulars. Switching between folky rock tunes that resemble jammy contemporaries to almost alt-country powerhouse songs, they led a chorus of fans to bring the night to a climax that seemed almost explicable given the certain lack of appropriate body fluids that was felt by many in the crowd around me. They humbly admitted that the LOTG crowd was the largest that they had played for, and then ripped into their radio friendly new single, “When The Tequila Runs Out,” from their upcoming record, which elicted a response from the crowd that made it clear that the road ahead looks like smooth sailing for Dawes. They eventually stripped down some acoustic tracks including an inspired version of “How Far We’ve Come.” When they finally pulled back in the full band, they really spirited the vibe of Nashville with Taylor Goldsmith channeling the Telecaster in true Music City style, and they brought the night to an end with a roaring sing along for their hit song, “When My Time Comes.”  Dawes are lined up to release their fifth full length record, We’re All Gonna Die, on Sept. 16, and, if you missed their incredible LOTG set, you can celebrate with them in Nashville at The Basement East on Sept. 22.

Live on the Green wraps this weekend (Sept. 1 through Sept. 3) with an impressive lineup featuring headlining sets from Young The Giant, Band Of Horses, and Ben Harper & The Innocent Criminals. Keep an eye out for a full preview later this week, along with our coverage after the show. And, as always, head to LOTG’s site for more info.

Dawes To Play The Basement East on Sept. 22 in Celebration of New LP