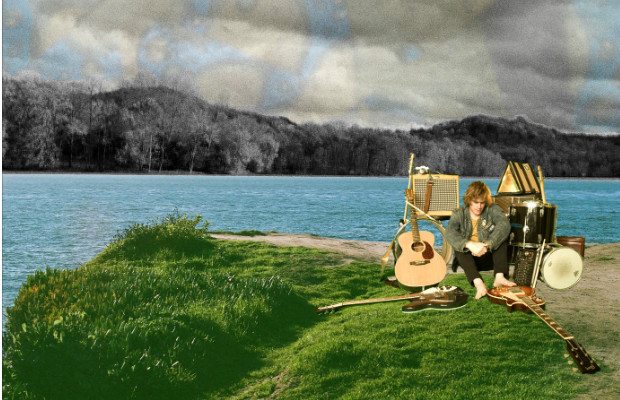 If you’ve been following us for long, you know that we’ve been fans of The Inscape for a few years, watching their beginning with the rough but ready debut, No Expectations, back in 2012, and then were thoroughly impressed with the 2013 follow up, Paradise Lost & Other Sounds.  It had been a few years since we’ve heard (new music) from band leader John Condit, outside of contributions to other local bands, but that all changed when we invited The Inscape to perform at our recent Acme showcase, which we dubbed Fuzz Night.

We found out that Condit and The Inscape are back with a new record, We’re All Wrong, on the horizon, and we are thrilled to premiere the first single, titled “Back Home,” from that record.  The new tune marks another step forward in the evolution of a young artist, who we’ve watched harness his sound from the wild days of reverb drenched journeys to a more domesticated and focused vision.  “Back Home” sounds like it could be found on either side of a Black Keys and Black Lips split 7″, and has us eagerly anticipating the return of The Inscape with the release of We’re All Wrong later this year.

The single was recorded, mixed, and mastered at Reel Recording in Nashville, and co-produced by Condit, Robert Hudson, Mark Galup, and Erik Thompson; and Condit played all of the instruments on the record, with the exception of Robert Hudson handling the bass duties.  Head below to listen to the lead single from one of our most anticipated upcoming local albums, and  make plans to catch them on Sunday, June 12 at fooBAR along with Apollo Wild, Space Tiger, and Post starting at 8 p.m.  More detail on the show can be found at the Facebook event page.