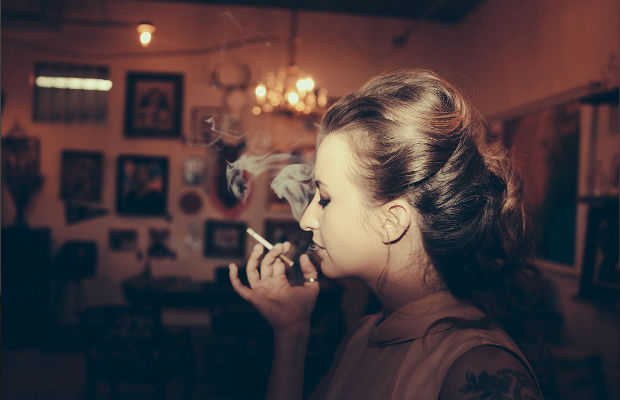 Classic country singer-songwriter Margo Price is celebrating the release of her first single on Third Man Records after she announced earlier this fall that she’d signed with Jack White’s record label, with her debut record Midwest Farmer’s Daughter due out this spring. Third Man is throwing her a bash at The Basement East on Dec. 3 for the release of “Hurtin’ on the Bottle,” a tune those of us who have been frequenting her shows for some time are familiar with. Americana sextet Banditos and mountain music singer Becca Mancari will open. Tickets are available for $10 in advance, so grab yours before they sell out. Read on to find out more about the lineup.

Margo Price is the kind of singer that puts the capital “C” in country, making the kind of honky tonk music that this town was built on but doesn’t consider fashionable anymore, at least with the big money acts you can hardly call country singers anymore. Sticking to her guns, Price has put in years of hard work with a small fraction of the recognition a singer-songwriter of her talent deserves, and it’s really a treat to see it paying off. In a move that will bring her national recognition, Third Man Records announced it had signed Price back during AmericanaFest. Her debut record, Midwest Farmer’s Daughter, will be released in March of next year. TMR and head Jack White have always had a deep respect for the kind of country music Price makes, and she is a perfect fit for the label’s eclectic tastes. While TMR is so heavily associated with Nashville, the label rarely full-on signs local artists, so this move strengthens TMR’s relationship with local musicians. Most importantly, Price deserves the attention she’s going to get from TMR as well as the creative partner the label will be for her.  Check out the new video for “Hurtin’ On The Bottle,” which features a nice tour of the dive bars of Nashville.

Banditos are an Americana collective of six multi-instrumentalists that experiment with a wide variety of rootsy sounds, from honky tonk country to rockabilly to the blues to classic rock to punk. The vocals of singer Mary Beth Richardson and singer/guitarist Corey Parsons are styled after Gram Parsons and Emmylou Harris, and the whole collective reminds one of The Band. Originally hailing from Birmingham, AL, the group now calls Nashville home when they’re not on the road, which they are most of the time.

Becca Mancari is a local songstress who is getting ready to release an EP, Again, In St. Louis, on Justin Collins’ and Adam Landry’s Cosmic Thug record label. We’ve been big fans of their production work and everything that’s come out of Cosmic Thug, from Deer Tick to T. Hardy Morris to Pony Boy to Collins’ own recent release Schooly Dreams, so Mancari is definitely an artist on our radar. Check out her single “Summertime Momma” below and you can read an interview we did with her this summer here.