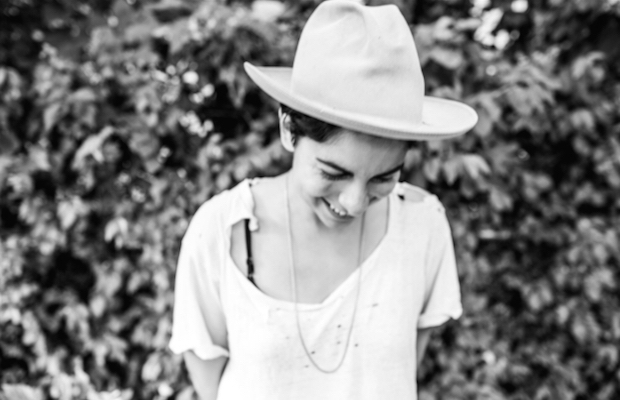 We first took note of local singer/strummer, Becca Mancari, when her voice cut through the clanging of the early evening bar shuffle as she opened up for fellow Americana act, Hurray For the Riff Raff, several summers ago at The End (refresh with our recap here). We were stunned, immediately fans, and couldn’t help but approach her after the show to ask how we could hear more. It’s been a while, but we’re thrilled to exclusively premiere her new single, “Summertime Momma” from ahead of the release of a EP, Again, In St. Louis, slated for January, and help you get to know Becca and find out what inspires her soulful sound! Check out our chat with Becca below, and stream her new single at the bottom of the page!

NCFNN: What inspires you most as a writer?

Places and movement have always inspired me as a writer. I have lived all over, so in my song “Long Way Down” there’s this idea of a place calling back to me. Almost like an ex-lover who knows where to hit you. I wrote that song when I was living in South Florida working as a janitor in a high school there. I was working 50 hour weeks and I had recently gone through a break up. I remember the feeling of just missing my ex and our home back in Virginia, but in that song, “Long Way Down,” it was like this thing that keeps calling you back. Like the line “Virginia she keeps calling my name. She’s like and old old lover with her dark shady ways, but she knows where to hit me and she knows what works.”

I wrote “Golden” one night sitting at my house in East Nashville. At the time I was living with a friend who had just recently gone through a divorce, the house that I lived in was their old home together. And there was this sadness in the house at the time. The whole song has a lot of this push and pull of two people who have loved each other, and it’s over, but they can’t seem to let it go. They’re trying to be the one to forget the other person but also don’t want to be forgotten. Which I think is a very common feeling after you leave someone you really loved. But for some reason, every time they see each other, they want that person again. “But there you go again turning golden right there in front of me, and I can’t even seem to fight it your always going gold again for me.”

“Summer Time Mama” was this idea of falling for this person that I did not really know but there was this fun kind of crush that we all find ourselves having out of nowhere. I like that this song is just that simple and makes me remember that feeling when I was younger when it was nice to have a feeling for someone, but just letting it be this far away crush.

What can you share about the production of these tracks?

I recorded these three songs with Adam Landry and Justin Collins in their studio called Cosmic Thug. I had been fans of their work with Deer Tick, Middle Brother, and T. Hardy Morris. I had met Justin one night and we talked about music for a few hours and I just loved their approach. They track every thing to tape and they value the “mistakes” believing that there is an authenticity in doing things in just a few takes. We did my vocals for “Golden” in one take.

What other local acts do you love?

Oh man, there are so many local acts that I love and inspire me. Fly Golden Eagle I think is one of the best bands that I know. Their new music video just came out on Brooklyn Vegan and a bunch of us were in it. They are just really talented and always pushing the boundaries. I can’t even say how inspiring Brittany Howard of Alabama Shakes is. I feel like she is kinda’ local in a way now, and seeing her at Bonnaroo this year had me in tears by the end of it. Truly, amazing. Also Jesse Lafser is one of the most badass writers I know right now in Nashville.

Have a listen to the new single, “Summertime Momma” below.

Better Off Debut "Whatever, I Don't Care," Announce Sophomore LP