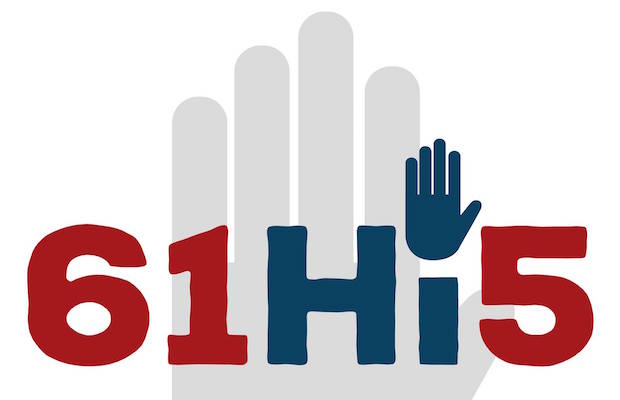 So you survived Thanksgiving with your crazy relatives and have finally recovered from that turkey-induced food coma, and now you’re looking for something fun to do to get back in the swing of things. Well, we’ve got ya covered. Tonight’s installment of 61Hi5, a quarterly showcase aiming to prove that rock & roll ain’t dead in Nashville, will feature eight bands performing at both The High Watt and Mercy Lounge who do exactly that. Presented by The Fringe Festival and one of our fave local labels Palaver Records, the lineup includes several No Country favorites, including The Trinity Schill Kill, Frances And The Foundation, Secret Club, and plenty more, so read on for more info.

The Trinity Schill Kill, the electro-pop duo comprised of frontman Trinity James and multi-instrumentalist Colin Schiller, keep the legacy of MJ living on in modern times with their EDM-infused beats that are guaranteed to get you groovin’. We witnessed their killer dances moves when they played our Acme showcase back in September, so stick around long enough to see them close out the night with a bang.

Local garage-rockers Secret Club are known and loved for their “we don’t give a fuck” attitude, which shines through in their lighthearted, and often silly, 70’s punk inspired songs. They put out their debut album, Apocalypse Meow, this summer and it’s quickly become a blog favorite, and we’re sure you’ll see why during their set tonight.

FRANCES AND THE FOUNDATION

Even though there are so many sub-genres of rock music out there, sometimes you just wanna listen to some good old fashioned rock & roll, and Nashville band Frances and the Foundation provides exactly that. With loud, gritty guitars and powerhouse vocals from frontwoman Samantha Cutler, it’s the perfect music to get you hyped up, and thier EP Phases, which we premiered earlier this fall, should definitely be on your list to check out.

Amidst a bill of local acts, Good English is a trio of sisters from Dayton, Ohio that have been playing music together since junior high. They’ve since honed their sound into a mashup of 90’s grunge and punk with a touch of Nancy Sinatra-style vocals, and are definitely worth checking out.

Though fairly new to the local music scene, indie rockers The Gad Gods have been heating up lately thanks to their reputation for putting on one hell of a live show. We’ve heard through the grapevine that an EP is in the works, which is good news, and you can check out their single “Got It All Wrong” below to get a taste of why we’re so excited.

Pop quartet The Future have been at it since 2007, with their most recent effort being last year’s Blood Moon. Their affinity for danceable rock tracks with synth-laden hooks will help bring some diversity to tonight’s rock heavy bill.

The Trigger Code, while it has seen many musicians rotate in and out of the lineup, is primarily the songwriting outlet of Taylor Sorensen, who has called Nashville home since 2004 when he signed to Dualtone Records. Sorensen creates Americana-influenced rock that has been featured in several TV shows, including a trailer for HBO’s True Detective, which you can check out below.

Local indie-rockers Crowns will kick off the night at The High Watt. Originally from Greenville, IL, the five piece relocated to Nashville before releasing their EP in 2012. Their first full-length, We’ve Been Standing Still, was released last year, and you can get a taste of that below.

The Trinity Schill Kill, Secret Club, Frances and the Foundation, Good English, Gad Gods, The Future, The Trigger Code, and Crowns will perform tonight at Mercy Lounge and The High Watt. The show is 18+, begins at 8pm (doors at 7pm), and tickets are available for $5 and can be purchased at the door.