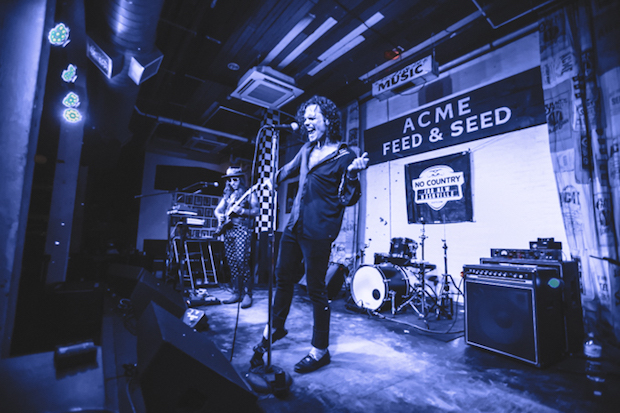 The hits just keep on coming from our live events wing, No Country Presents, as we brought another night of free “non-traditional” music to Broadway’s Acme Feed & Seed last Tuesday night.  Just like every week, we strive to bring you the best in local and touring left of center acts to help highlight the musical diversity of Music City, and this week we did that with electro-pop outfit Trinity Schill Kill, alt popsters All Deeds Done, and folk pop sensations The Walcotts.  Read on for a recap of the evening along with photos from Jake Giles Netter. 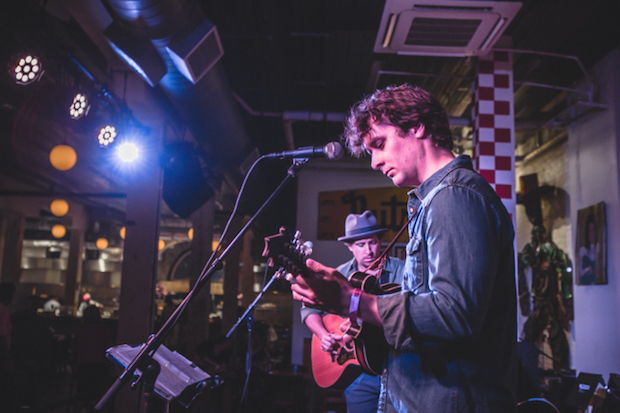 The nine piece folky Americana outfit, The Walcotts, was the perfect opener for our showcase this week as AmericanaFest officially kicked off in Nashville.  What made this one ever cooler though, was that we were treated to a stripped down performance featuring only guitarist Tom Cusimano and Jamison Hollister manning the mandolin.  Their excellently crafted folk tunes with a strong pop sensibility were a perfect fit for the early dinner crowd who ate up their easily digestible jams.  For dessert, next time, we’d like to catch the full outfit in a later set that would surely incite downtown dancing, even on a Tuesday night. 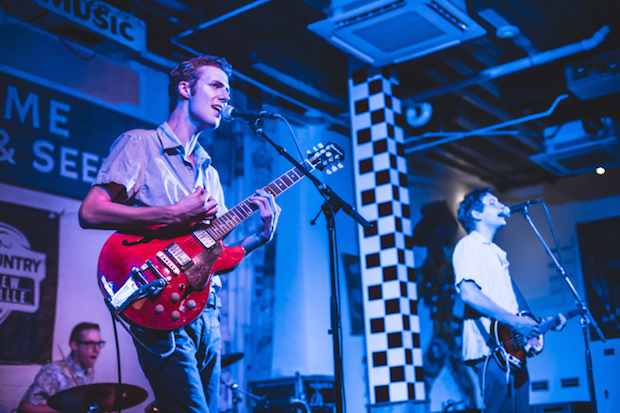 Given the outlandish show that we knew was coming from Trinity Schill Kill, we slid the All Deeds Done, who have been performing on our showcase all month, back into the middle slot.  This show marked the fourth time that All Deeds Done have played our showcase, but, even though I attend almost every week, it marked the first opportunity that I’ve had to see the band live.  It was a good thing too, because it was beginning to be embarrassing to hear all of the praise for these guys coming from friends and others on the No Country staff.  They lived up to the hype though.  Laying down high quality indie rock which leans heavy into the pop side, as described previously, in the vein of Arctic Monkeys or Vampire Weekend.  This young band is definitely new on the scene, but you should get in the know on them now.  The best place to start would be next week, when they will perform our showcase again. 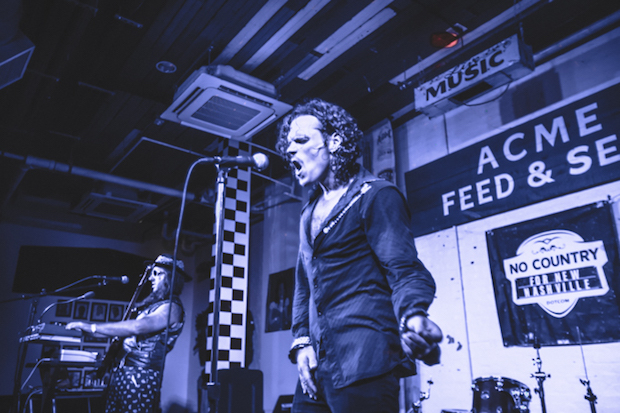 We mentioned above that we prepared for the outlandish show from Trinity Schill Kill by moving them into the late slot on Tuesday night, and outlandish might be an understatement.  Frontman Trinity James and multi-instrumentalist Colin Schiller have pretty much picked up right where the King Of Pop left off in the mid 90’s, with an updated EDM beat to create an immediate dance party.  Their set was a mix of original tracks from their recently released EP along with some perfectly executed covers, including a spot on rendition of “Billie Jean” that even had the servers at Acme dancing behind the bar.  A total twist for a Broadway “honky tonk”, these guys are definitely a good time, and are the perfect excuse to get out and dance in any venue they perform in.