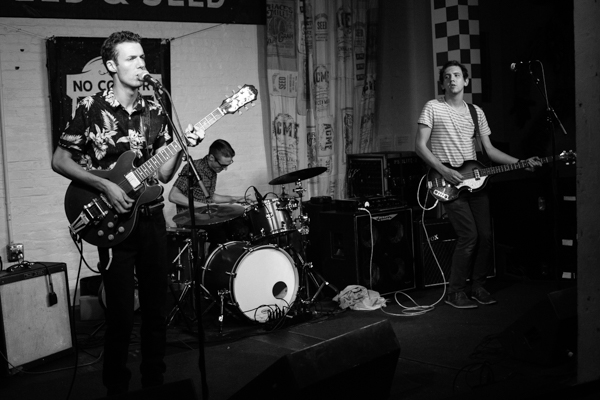 We would like to continue to welcome all of you reading this out there in Music City and beyond to Acme Feed & Seed every Tuesday night, for the weekly showcase from our live events wing, No Country Presents! This past Tuesday’s bill featured bluesman Ray Cashman, high energy indie rockers Waterfall Wash, and, in their final week of a September residency, All Deeds Done. Read on for a full recap, and for some great shots from staff photographer Mick Leonardy.

After a less than stellar weekend for my fantasy football teams, I was eager to get to Acme Tuesday to drown my sorrows in a pint or several. There are worst things in life than loosing at fake football of course, but it’s great to know there’s always a place to go for a drink or bit to eat downtown that won’t have the same ol’ same ol’ mundane honky tonk music. Like a trusted old friend, Feed & Seed is always there for you in a pinch. 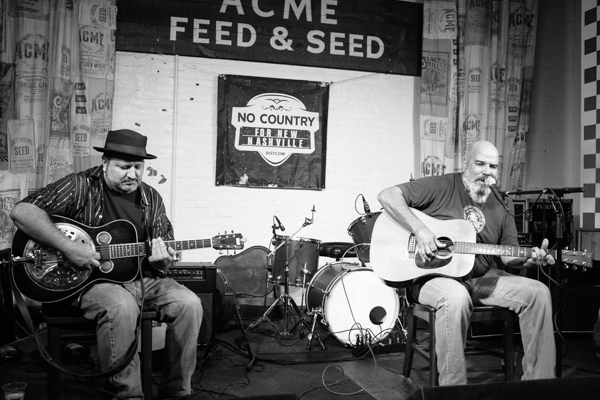 Mixing up our weekly showcase a bit, I was stoked to see a real-life bluesman doing his thing in front of a good sized dinner crowd. Ray Cashman hails from Conroe, TX, outside Houston, and he has all the dirt and grit to him that you would expect form a Texas blues picker. His hands reminded me of bear paws, as he delicately picked out the notes on his weathered guitar, his rich and crackling voice barking out the lyrics. He had a resonator guitar player accompanying him, whom played with a slide skillfully. There was also an up-right electric bassist, something you definitely don’t see everyday. Together they all bellowed out the the deep blues. My favorite original track, “Feel No Pain,” came early in the set, and a Townes Van Zandt cover later gave me chills. All in all, he was a breath of fresh air and a resident blues practitioner you should get in your life ASAP. 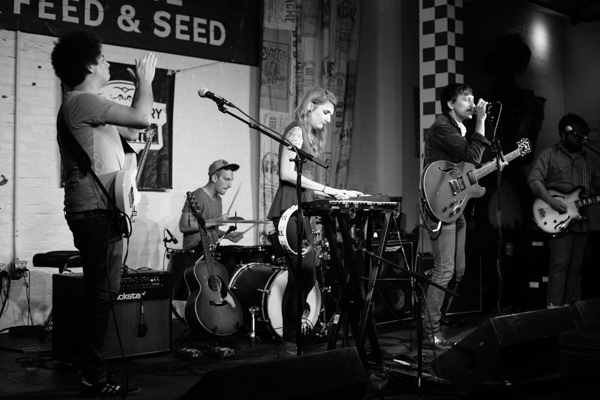 There was more than enough down time in-between bands for me to make a trip to the bathroom and order another beer. As Waterfall Wash finished setting up, I chatted with some friends by the bar and settled in. No Country has been praising WW for a while now, and we liked them so much the first time they played Acme, we asked them back. Let us assure you, they have improved with each performance and they are currently reaching the top of their game. Their bubbly indie pop-rock arrangements are infectious, and well layered, bringing listeners new and interesting levels of sound. They have huge energy on stage, however my favorite track was the more chilled out ambient “Currents,” which you should check out immediately right here. They pulled out a cover of classic Weezer tune “My Name is Jonas,” which wailed as well. Top-notch all around! 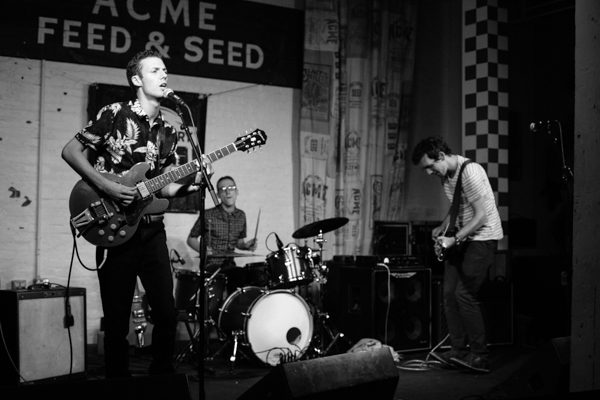 By now I know what to expect from Bowling Green, KY, power-trio All Deeds Done; some tasty licks, and Lightning 100 ready indie pop gold lyrics. As their month long residency has progressed, they have begun to play tighter and tighter together, and most importantly, they seem to be having fun doing it… which is really the only reason to start a band to begin with. After some inspired originals, they defiantly won over the remaining crowd, which had thinned but was still sizeable, with an encore cover of The Pretenders “Brass In Pocket (I’m Special)”, that had us all signing along.

While you’re here, please be sure to check out the stupendous photo spread from staff photographer Mick Leonardy below, and join us next week when we switch things up a bit and host The Homegrown Harvest, a battle of the bands style competition where one lucky local act will win a chance to play at the upcoming SoundHarvest Festival.