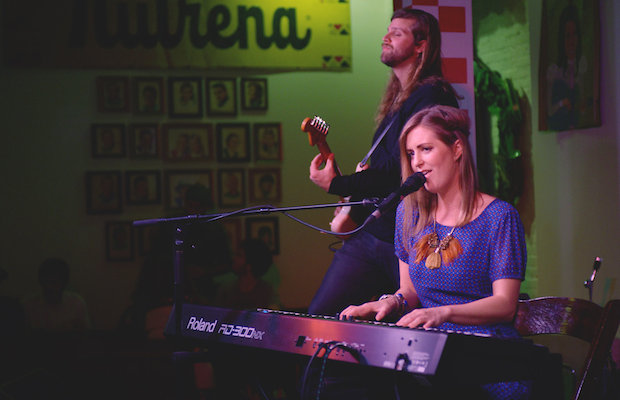 Every single Tuesday, we team up with hip new restaurant and performance space Acme Feed & Seed to host a free showcase of some of our favorite emerging local (and national) talent. For our latest installment, which marked our twelfth consecutive week at Acme, we hosted two incredible and different (but complimentary) acts: piano pop songstress Rebecca Roubion and indie rockers Waterfall Wash. Read on for a recap of the night, plus some great  photos! 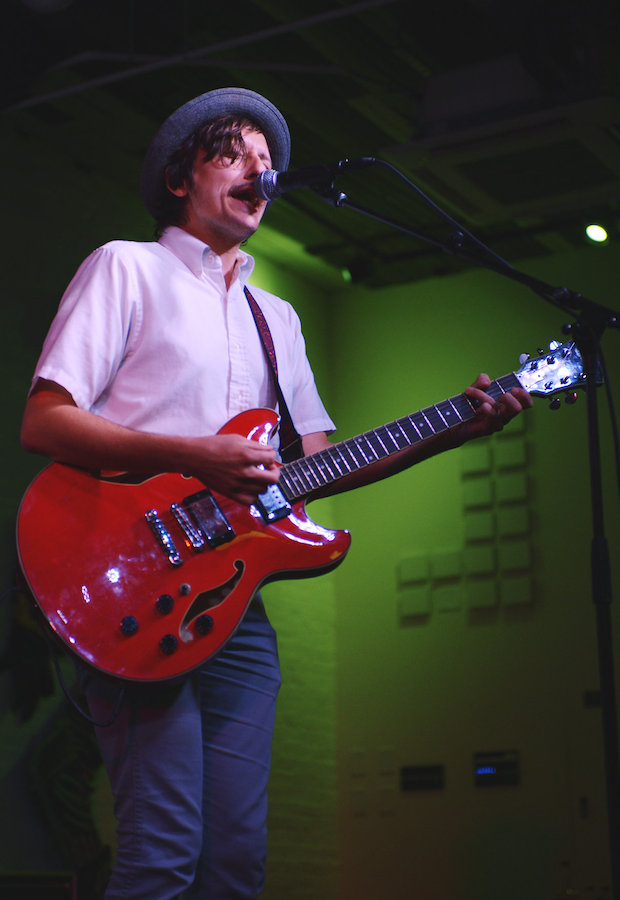 Waterfall Wash have been on my radar for a long, long time, and I owe that to the fact that guitarist and founding member Andrew Johnson was formerly a writer for this very site. And, while I’ve always recognized their talent, my early experiences with the band were at Andrew’s (and his bandmates, who I’ve also befriended over the years) insistence, in slightly unorthodox settings like the No Country For New Nashville Christmas party or East Nashville Underground. As such, I was never quite able to pin the band down, and was left with the impression that they were a folkier, more eclectic outfit. My perception of Waterfall Wash began to change this year, as the group finally dropped a couple of properly recorded singles, which showcased a more cohesive, focused sound than I had perceived, but I had not had to opportunity to see them live since.

The Waterfall Wash that showed up to Acme (drawing quite the crowd, at that) was not the band I had in my head. Transcending the mantle of “talented friends” to “holy shit, this is going to be Nashville’s next break-out band,” the group utterly rocked the roof off the place. Their sound these days is decisively more rock and roll, with a flair for indie, pop, and traces of punk and folk. Autoharpist Ellice Evins manned an expanded selection of synths, tambourine, and glockenspiel, helping fill out the band’s live sound, while frontman Michael Roddy delivered the most electrifying, engaging, and vocally sound performance I’ve ever seen him give. Years of writing, rehearsing, and recording have benefitted Waterfall Wash in the most profound way, and everyone at Acme, myself included, were thoroughly blown away by their set. A cover of Discloure’s “Latch” summed up just how hypnotic the band have become, and stood well alongside their diverse and amazing output of originals. Keep an eye on these guys, because big things are right around the corner. 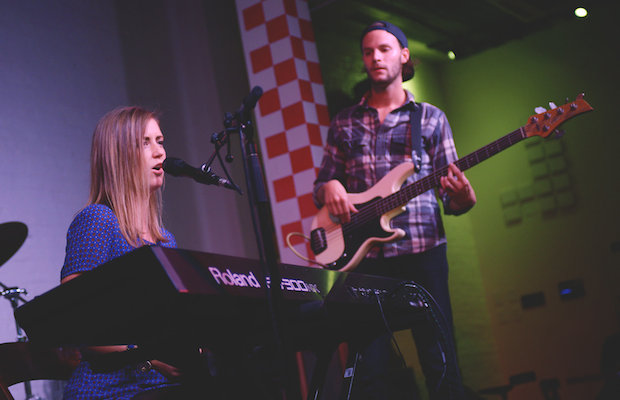 After a quick changeover, Rebecca Roubion, who I most recently saw perform at this year’s Road to Bonnaroo showcase, took the stage with the aid of her backing band. A seasoned and confident performer, Roubion delivered a plethora of hook-laden, vocally rich, and sweeping originals, which captivated the crowd throughout her generous set. An artist unafraid to wear her heart on her sleeve, Rebecca’s songs were, perhaps, the most personal and emotionally dense of any Acme performer thus far. Her voice and piano alone were enough to propel the set forward, but her band, some of whom she also indicated to be co-writers, clicked perfectly with her tastefully toned down and expressive style.

Roubion had the distinction of being the most watched late artist I’ve seen so far at Acme (usually, by act two, the dinner crowd starts to disperse- not so this week), and, while this is an impressive feat, I did find it a bit distracting that some people were more preoccupied with socializing than paying attention to the singer pouring her soul out on stage (but hey, it’s a free show at a bar). A highlight of the set for me was the closer, a cover of The Postal Service, which Rebecca arranged in a more downtempo way, reflective of her style (but not as barebones as Iron & Wine). All and all, she proved to be a great compliment to Waterfall Wash, helping Acme experience another side of the tonal spectrum, and reinforced why she’s one of Nashville’s premiere singer-songwriters. If you weren’t in attendance, you missed another incredible week. 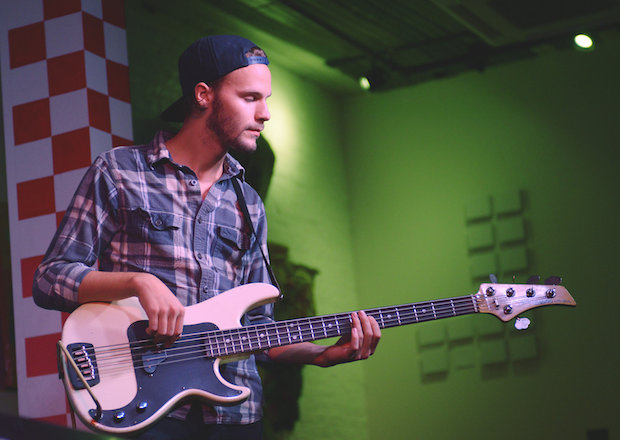 Next Tuesday (Oct. 21), the fun continues with southern rockers The Cunning and haunting Texas rocker Emily Wolfe. As always, it takes place at at 8 p.m., and is free to anyone over 21! We hope you’ll join us!