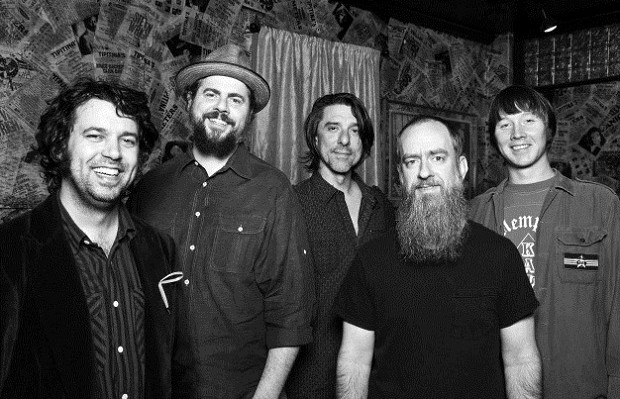 While we eagerly await It’s Great To Be Alive, the 5 LP / 3 CD live album scheduled to be in stores on October 30th from Drive-By Truckers, the band gave us a little appetizer by sharing the live audio of “Girls Who Smoke.” We raved about their show last year at The Ryman, and can’t wait for the energy and enthusiasm of their stage performance to translate into our favorite songs on the live albums. Recorded over three nights at the historic Fillmore Auditorium in San Francisco, the crowd is rowdy and rambunctious and sharing the love with the band. This 35 track set spans the 10 studio albums, and is the perfect mix to showcase the incredible history and depth of this alt-country/Southern rock band. They are also releasing an abbreviated version of the live recording titled This Weekend’s The Night that includes 2 LPs with a total of 13 tracks. And lucky for us, they are playing a two night span at The Cannery Ballroom on Nov. 20 and 21st. So look for the live recording at the end of October, and get your tickets now for The Cannery Ballroom show because it will sell out! In the meantime, click below to enjoy the new live version of “Girls Who Smoke”!