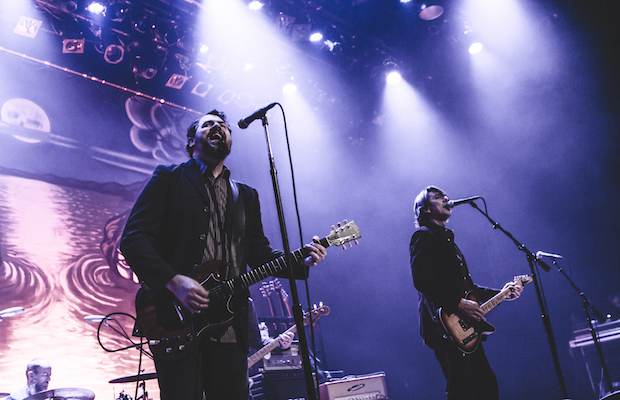 After seeing former member, Jason Isbell, the previous Saturday night, we were pumped to see the Drive-By Truckers also playing The Ryman a few days later.  We were also interested in learning more about opener, Houndmouth.  Unfortunately, an important NCFNN meeting (happy hour) was scheduled for the same night, so we had some time management issues to deal with.

Check out the great decision we made.

We briefly considered staying at the “meeting” a little longer and blowing off Houndmouth’s opening set, but are sure glad we didn’t.  They are an alt-country band formed in New Albany, Indiana (near Louisville) consisting of Matt Myers (guitar), Katie Toupin (keyboard), Zak Appleby (bass), and Shane Cody (drums). While the group have only been together since 2011, you’d never guess when seeing them live.  The band have great chemistry, and are able to perform with a level of professionalism and polish of a much more experienced act. Their sound has been called an American Mumford (though wouldn’t that be the Lumineers?), but, in our opinion, they’re much more eclectic. They alternate lead vocals with strong harmonies on catchy, well written songs, which range from folk to country to rock and everything in between. A couple standouts were “(Casino) Bad Things” with Katie on lead vocals (and guitar, I think) and “Penitentiary,” from their album From The Hills Below The City.  Chance McCoy from OCMS even sat in. We are now fans and looking forward to seeing them again soon. 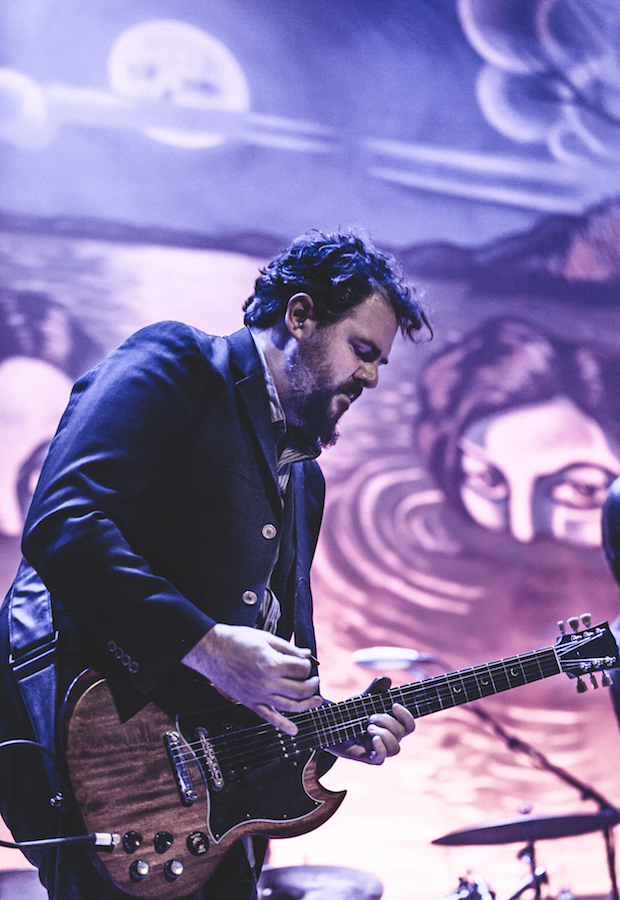 We have to admit that we aren’t as familiar with the Drive-By Truckers as we should be, since this is definitely our kind of music. They are an alternative country/Southern rock band formed in 1996 in Athens, Georgia by founding members Patterson Hood and Mike Cooley, both who are originally from the Muscle Shoals area.  They kicked off their set with “Bulldozers and Dirt,” and then proceed to tear through another 20 or so songs from a variety of their albums, including 5 or 6 from their 12th and latest release, English Oceans, and three from Southern Rock Opera.  Somewhere in the middle, John Oates came out to join them for a cover of the Eddie Hinton’s “Everybody Needs Love,” which was a definite and unexpected highlight. They finished their set with “Let There Be Rock,” before coming back for a three song encore.  The setlist was great, the band was tight, and most of the crowd was standing and singing along throughout the show. Drive-By Truckers were a perfect fit for the Mother Church, and we’re honored that they make a point to frequent Nashville in concert. 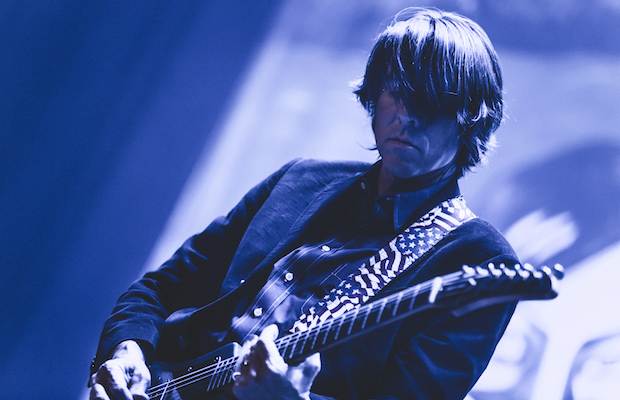