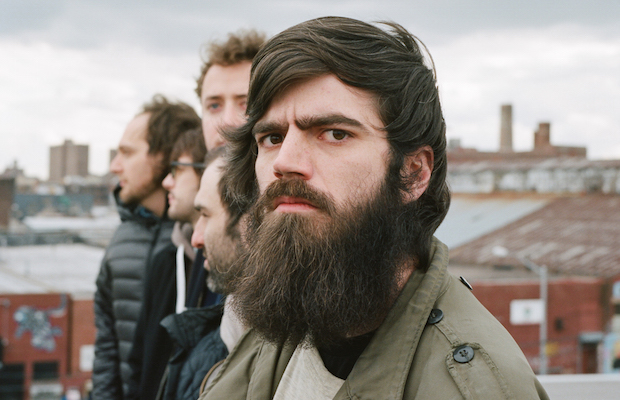 Returning to Nashville for the first time in two years, in support of their lengthy, ambitious new rock opera The Most Lamentable Tragedy, indie punks Titus Andronicus are set to play The Stone Fox TONIGHT, Sept. 16 with label mates Spider Bags and and coming Brooklyn group Baked. A rare all ages event at the typically age restricted space, a few tickets still remain right here. Grab ’em while you can and read on for details!

A decade into their existence, New Jersey indie punks Titus Andronicus have cemented their status as one of the hardest working, most interesting bands in the punk world through years of nonstop touring and albums that constantly improve, evolve, and push boundaries. Fans of ambitious concepts and clearly willing to put painstaking effort into crafting compelling, different releases each time, the band showcased their ability to distill their essence into the straightforward, aggressive, and fine-tuned Local Business in 2012, inarguably the LP that brought them broader critical and commercial attention. For their highly-anticipated followup and fourth album, this summer’s The Most Lamentable Tragedy, Titus tackled their most ambitious project to date, composing a five-act, 90 minute concept album framed as a rock opera. A thinking man’s punk band, the group have always been a reflection of founder and frontman Patrick Stickles’ state of mind; at their start, they were closure for his teens, and now, a decade later, having just turned 30, Tragedy marks a bookend on the talented rocker’s 20’s. Their live experience is equal parts meticulous recreation and unhinged energy; don’t sleep on this show.

Like Titus, Chapel Hill, NC’s Spider Bags are signed to tastemaking record label Merge. Initially formed a decade ago and originally intended to just be a long distance writing project, Spider Bags morphed into a full band, which, over their first few years of touring and early albums saw a handful of members, including co-founder Gregg Levy, come and go. Now a trio and consistent in lineup for several years running, the eclectic garage/indie/punk band, fronted by Dan McGee, have finally settled into an electrifying, consistent sound, which has never been better than on last year’s Frozen Letter.

Hailing from Brooklyn, Baked adopt a more psychedelic-infused indie rock sound, melodically dense and hypnotic in its reach. They’re a bit of an outlier here, but are still perfectly suited to warm up the stage. Show up early and show ’em some love!

Titus Andronicus, Spider Bags, and Baked will perform tonight, Sept. 16 at The Stone Fox. The show is all ages, begins at 8 p.m. (doors at 7 p.m.), and tickets are available for $17.

Watch Albert Hammond Jr.'s New Video for "Caught By My Shadow" Ahead Of Sept. 30 Exit/In Show!