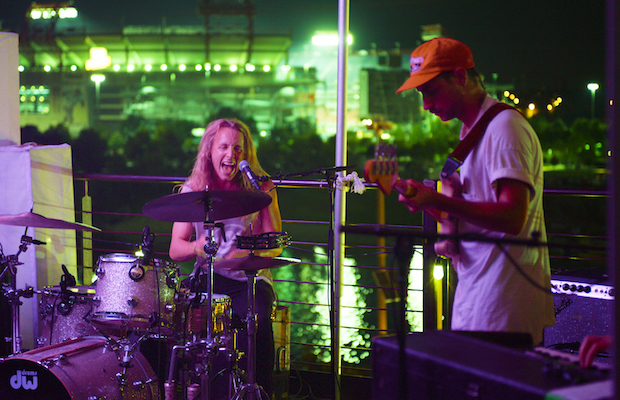 Every single Tuesday since last summer, we’ve been teaming up with hip downtown restaurant and performance space Acme Feed & Seed to host a free showcase of some of our favorite emerging local and national talent. For last week’s installment, we were thrilled to present a special pre-Bonnaroo edition, which not only featured all three of this year’s BMI Road to Bonnaroo winners, local favorites Sol Cat, Future Unlimited, and Chrome Pony, but also, for the first time ever, took place on Acme’s fourth floor rooftop bar and lounge, a spot we’re hoping to return to for at least a few future showcases. We also managed to catch all three bands in their Sunday block at Bonnaroo, so consider this a double recap, and check out photos from both events, below! 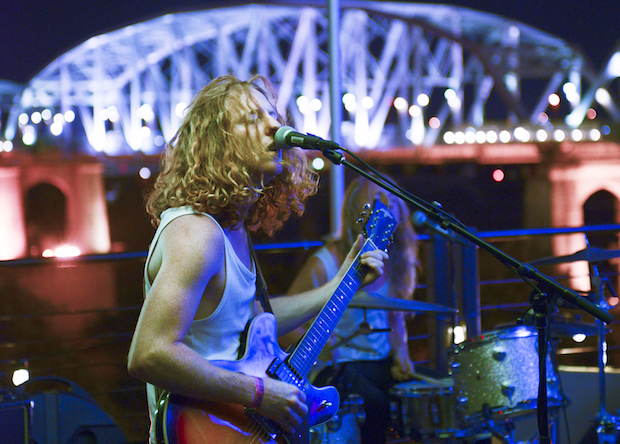 One just a handful of acts to make a return appearance at our Acme series (read about their prior outing here), Chrome Pony kicked off the night with their unrivaled energy and eclectic sound. The final winners of this year’s Road to Bonnaroo competition, and the opening act at Cage The Elephant’s recent secret show at The Basement East, Chrome Pony are having a very good year as they inch towards releasing some new music. Combining psychedelic vibes and punk energy, the group are pretty straightforward in their approach; as always, they let the songs do the heavy lifting, and their constant momentum, hypnotic grooves, and frenetic anthems made for a fun, energizing start to what would be one of the most memorable Acme showcases ever.

Five days later, nearly melting from the intense Sunday heat, I ventured into Bonnaroo just in time to catch Chrome Pony’s early afternoon kickoff at the tastemaking New Music On Tap Lounge. Playing to a bit of a modest crowd (and is the case for most any early-afternoon set), I scanned the audience and noticed plenty of familiar faces, some of whom were every present at the Acme outing. Doing their best to rock hard despite the heat, Chrome Pony played with even more fervor and conviction, staying loud and keeping their set lean to win over as many new fans as possible. In a busy weekend with lots of new (to me) artists, seeing some familiar faces was a nice bump to help push through to the final ‘Roo stretch. 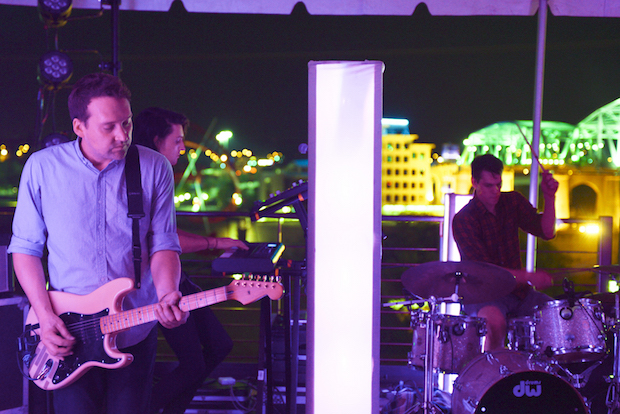 By the time Future Unlimited took the stage at Acme, the cool factor of what we were doing was really starting to show. Amidst a sea of country music happenings, all for the Bonnaroo-overlapping CMA Fest, here we were, on top of a roof on Lower Broadway, three floors up from a tourist-filled country stage (in place of our usually first floor grounded showcase) in fact, blasting rock and roll, flashing lights, and managing to attract one of the most attentive and engaged crowds at Acme to date. Set up on a makeshift stage, the Cumberland River and LP Field in the background, Future Unlimited launched into their glossy, synthy, post-punk and electro rock sound, enhanced by their signature columns of light and legitimately uncontrollable air of cool. I’ve pegged these guys many times as one of the best underground acts in Nashville, and their Road to Bonnaroo win this year definitely helped me feel a bit vindicated; finally, Nashville is catching on to what I’ve been raving about. Dense, alluring, and tastefully nostalgic as always, the band played for a packed roof, firing on all cylinders, and absolutely working the “stage” as if it were a the arena-sized space they so rightfully deserve.

Bowing to the heat of Bonnaroo, the guys dressed down a bit at their Sunday outing a few days later; though not by much. Absent were the lights and the general vibe and ambience that darkness brings and Future Unlimited benefits greatly from. Though, there on the farm, competing with big pull acts like twenty one pilots, I got to see them at their most elemental, only confirming what I already knew; the songs themselves are good enough to land all alone, and the production and staging present at most of the band’s shows only serves to enhance their sound, not mask it. Quite a few ‘Roo attendees looked as if they had just wandered upon the set, drawn in by the band’s intensity and their somewhat out of place but seriously necessary style. Really, I just love what Future Unlimited are doing, and I hope outlets like Bonnaroo help balloon their presence to the broader recognition they’re destined for. 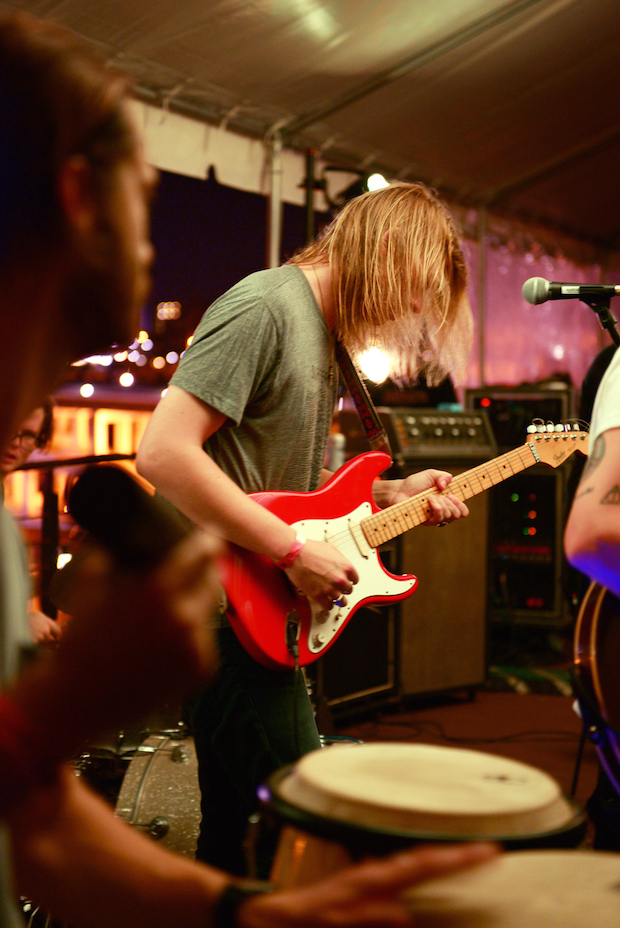 If you’ve been a reader of this site in any capacity for the last several years, Sol Cat are a band who need no introduction. Though they’ve evolved in sound a bit, and have certainly grown in popularity, they’re a pretty constant fixture in the Nashville rock scene; they play regularly, at all manor of events, and have enjoyed a broad range of appeal, so they’re practically unavailable- and for good reason. In fact, it was almost shocking when they won this year’s inaugural Road to Bonnaroo, because a band like Sol Cat should have graced the Bonnaroo bill a long, long time ago. But, still, better late than never, and their Acme outing, covering a range of their more psychedelic/garage rock early tunes to their more, synthy, rhythmic new stuff, proved while Sol Cat, above most anyone else, deserved to debut on the farm. Per usual, the friends and fans were packed in, singing along, staying rowdy, and staying out way too late when we probably all should have been packing for a weekend of camping.

When the group’s Bonnaroo set rolled around, 5 p.m. on the fest’s final day, I was definitely feeling the hurt. Tired, sunburned, and barely standing, I couldn’t help but hobble back to the On Tap Lounge to give the local boys a listen. Rocking sunglasses and looking surprisingly energetic (either they showed up late or are really good at pushing through a few days of festival debauchery), Sol Cat delivered a standout performance, pulling one of the best Club Stage crowds of the weekend, and stacking their show with only the most captivating, festival-friendly tunes. Though I soon had to wander off in search of the coveted A/C and hydration of the press tent, in order to survive Bonnaroo’s final hours, I couldn’t help but feel a sense of accomplishment on behalf of all of the Nashville talent that finds its way onto the festival lineup each year, and, especially, this year’s stellar Road to Bonnaroo winners. Until next time!

Our free, weekly Acme showcase continues this Tuesday, June 23, with The Ignorist, Ben Elkins, and Allison Bencar. We hope to see you there!

Meet That’s My Kid in an Exclusive Interview; See Them Perform Tonight @ The Basement