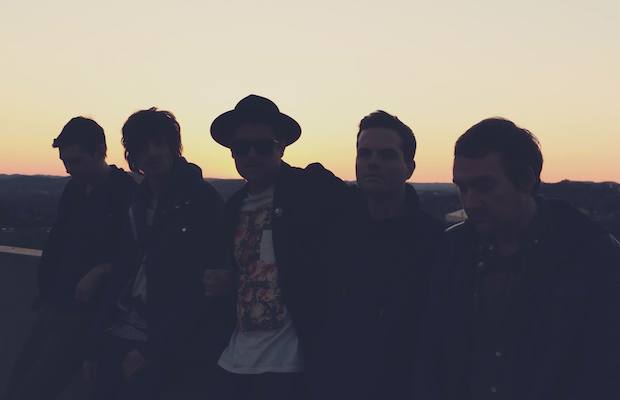 It was another wild night at Mercy Lounge and High Watt for the second round of the 2015 edition of Road To Bonnaroo, and Future Unlimited made damn sure that they would not be denied by a single vote again this year.  In an evening featuring 10 genre spanning acts in the mix, it was a chance for artists to give their all in a battle of the bands style competition for a coveted slot at this summer’s Bonnaroo Music & Arts Festival.

Things started off beautifully with Timbre whose harp fronted 14 piece band with full choir serenaded the crowd in Mercy Lounge, followed by a powerful set from singer songwriter, Sara Jean Kelley.  Just when you thought things were moving along smoothly, party metal band Jack Of The Ville kicked (possibly literally) everyone’s face in with an inspired romp of booze fueled fun.  Local indie rockers, Phin, brought their well honed sound as one of the front runners at The High Watt, and then Faux Ferocious turned quite a few heads with their sludgier than we remember punk jams.

As we pulled into the second half of the evening, Future Unlimited made it clear that we had a clear front runner for the evening with their incredible stage presence, featuring video projectors shining upon illuminated columns to accentuate their danceable throwback 80’s meets industrial party.  AJ & The Jiggawatts clearly had their work cut out for them following it up, and made up for their lack in stage presence with a solid set of funky soul jams.  Earl Burrows up’d the ante with some on-stage help from performers in cat and mouse suits, and Ugly Kids Club brought some crushing electro-pop beats to life in Mercy.  Things finished off with a set of solid rock n roll from, the far more polished than the last time we saw them, Promised Land Sound.

When the votes were tallied, Future Unlimited took home the crown followed by Promised Land Sound and Faux Ferocious.  Congrats to all the bands, and we’re looking forward to hanging with you at the farm this summer, Future Unlimited!

The third and final round of Road To Bonnaroo is set for April 6th at Mercy Lounge and High Watt.  Mark your calendar now, and we’ll bring you artist announcements for the finale shortly.