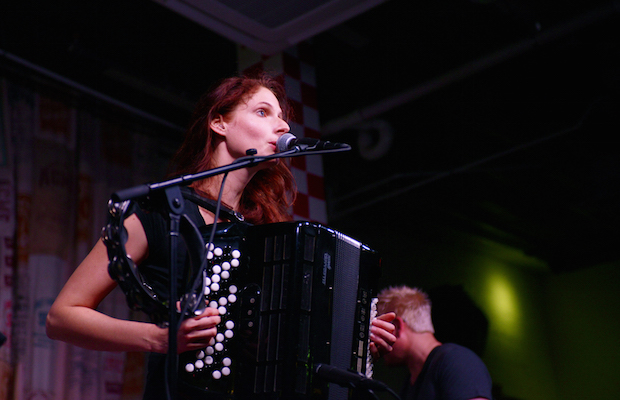 We would like to continue to welcome all of you reading this, out there in Music City and beyond, to Acme Feed & Seed every Tuesday night, for our weekly showcase from our live events wing, No Country Presents! Our latest installment featured prairie blues garage rockers TWIGGS, indie-pop rocker Tetherball, and, in week two of her April residency, indie pop songstress Femke. Read on for a recap, and for some great shots from photographer Mary-Beth Blankenship. Also, don’t miss the next showcase, on Tuesday, April 21, with Sudonistas, The Harmaleighs, and Femke, continuing her residency.

After a busy day toiling at my “real” job, I was ready to get down town to meet up with friends and get my weekly chill/grove on at Acme Feed & Seed. My week seemed to be starting on a shitty note, and I was eager to wipe that taste out of my mouth, so I had an adult beverage or two at home before calling a Lyft. I could figure out a ride home or take another Lyft later, but my feelings on driving were “I can’t even.” 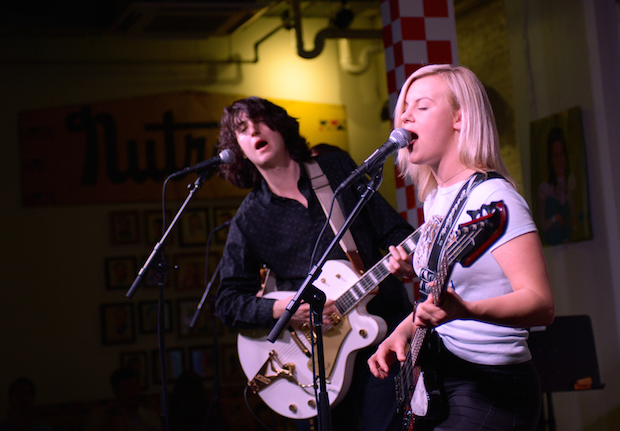 The first performer of the night, TWIGGS, I’d covered before (read this post), but this was a new, slightly larger incarnation of the band that I was stoked to see. They started out with a familiar number titled “Mexico,” which had a chill blues rock feel that is always tasty. The male/female dual vocals they showcased through most of their set is done right, never forced, and it’s obvious that the band have built stronger chemistry since the last time I saw them. Though they’re blues rock above all else, they channel some early nineties grunge as well. The entire performance I was transfixed by frontman Joe White’s amazingly beautiful guitar, an all white hollow-body with gold trim and some top-notch gold-plated hardware. Later, after meeting the band and some family they had in town from their native Oklahoma, I found out the ax is a White Falcon from Gretsch. Although extremely wonderful to hear/look at, I assure you friends it is not a cheap piece of wood. 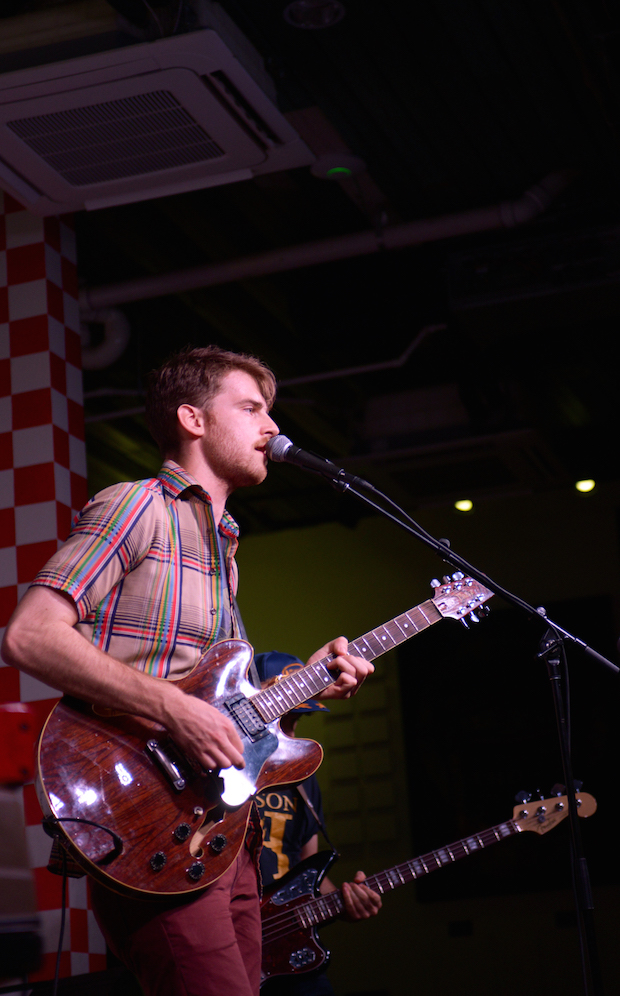 Over some libations and conversation with new friends, we settled in for the second band, Tetherball. The brainchild of frontman Steve Voss, who started the set solo, then built to a full, four member line-up, powered through his indie pop rock songs that are 100% Lightning 100 ready. At times, elements of the blues and Americana trickled in for a well rounded sound that has depth and texture Voss honed in his own studio space, dubbed Solar Cabin Studios. Later, after chatting with him, I found out it was his first time playing with this line-up (and on only a few hours rehearsal), which featured members of another local band, Tesla Rossa, a band Voss has worked with on other occasions. To this day, I’m still blown away at how easily Nashville musicians can just plug into lineups, and not just not miss a beat, but sound cohesive and tight. No shortage of talent in these parts, that’s for sure. 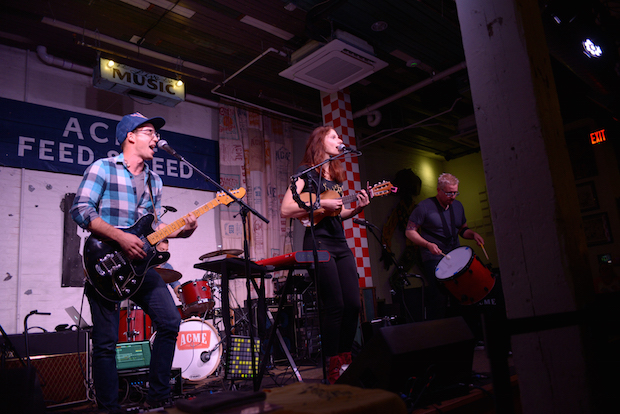 Closing out the evening, and topping off a shitty-week-to-good-week Tuesday evening turn around,  Femke serenaded us with her indie songstress voice, and wonderfully catchy lyrics. She has has been a steady part of our weekly routine for the entire month of April, but this set was much chiller than last week’s version of her residency. Of course, it was just as big and powerful as her performances always are, but just a different, yet still awesome, shade. There’s a reason she has amassed 100,000 plus Twitter followers. Hailing from the Netherlands, and winning a Latin Grammy only helps her with international pull. We are always impressed by her, and the amazing backing band she has formed. Even better news, if you have yet to catch her, there’s still time to see her do her thing next Tuesday, when she continues her No Country sponsored residency at Acme. This coming Tuesday she is joined by Sudonistas and The Harmaleighs (full preview here), so enjoy the photos form least week below,  and join us every Tuesday for all the fun!