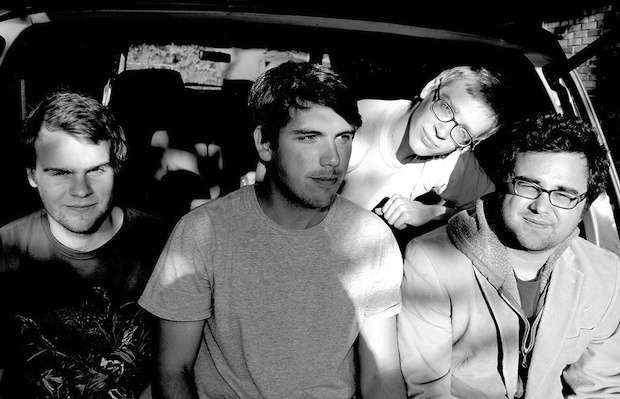 By now we hope you’ve heard, our live events production wing, No Country Presents, has taken up residence at Lower Broadway’s hippest new restaurant, lounge, retail, and event space, Acme Feed & Seed, where we’ve been bringing you a weekly, FREE, Tuesday night showcase, featuring some of our favorite emerging local and national talent. The curated showcase runs from 7 to 10 p.m. each week, and, so far, has featured everything from folk to funk to rock to indie. For our next installment, on Tuesday, April 21, we’re bringing you local rockers Sudonistas, folk/Americana duo The Harmaleighs, and, of course, continuing our month-long residency with local indie pop singer Femke. Keep reading to find out all about them, and cancel any other plans you might have Tuesday night, because you’re coming to hang with us. Got it?

Inspired by The Velvet Underground and the golden era of college rock radio, Sudonistas are an unsigned local quartet, whose latest record, Heavy Gardening, dropped last fall. We’ve caught them around town on several occasions, and their eclectic sound and polished, energetic live show makes them one seriously exciting up and coming act.

Indie folk/Americana duo The Harmaleighs are made up of Haley Grant and Kaylee Japerson, who first met back in 2013 at Belmont University. The group are currently touring the country in support of their fantastic full-length debut, Pretty Pictures, Dirty Brushes, and simply hypnotized us with their infectious, melodic, and diverse sound from first listen. They’re a refreshing break from the garage rock-leaning landscape of new Nashville, and act we couldn’t be happier to bring to the Acme stage.

Femke Weidema first came onto our radar as part of folk/Americana group Cotton Wine, but, with her latest musical outlet, simply dubbed Femke, she’s shifted to an infectiously poppy, synth-laden new full-band sound that we absolutely love. Hailing originally from The Netherlands, Femke first fell in love with pop music at a young age, and performed across Europe before the pull of the Berklee College of Music brought her stateside. After a stint recording and writing in LA, she landed in Nashville, and, most recently won a Latin Grammy for her work with Beto Cuevas on Transformation. The singer’s many years of writing and collaborating with other artists seems to have only helped hone her voice, and her latest batch of songs, which arrive ahead of a new album, are some of the best pure pop we’ve heard come out of Music City in awhile. Femke first blew us away back in January, and has been wowing us all month-long at her April Acme residency.

Sudonistas, The Harmaleighs, and Femke will perform Tuesday, April 21, at Acme Feed & Seed. The show is 21+, music begins at 7 p.m., and, per usual, it’s totally FREE. Downtown PARKING can sometimes be an issue. However, if you’re willing to walk a few blocks, street parking is typically easy to find on the numbered avenues south of Broadway, or along Korean Veterans Blvd. Metered spaces are often free after 6 p.m.