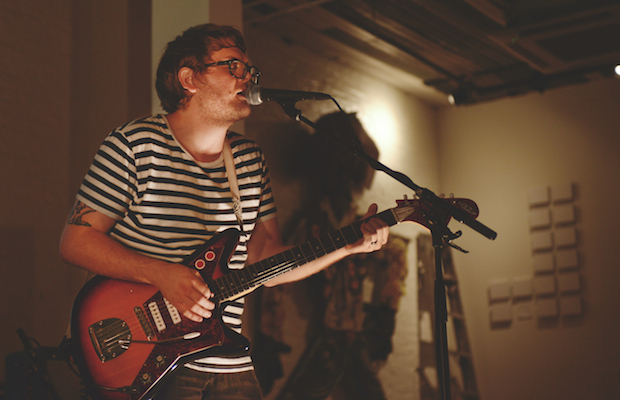 Unless you’ve been living under a rock, you’ve surely heard by now that every Tuesday night, we’ve been hosting a free showcase at new downtown restaurant and performance space, Acme Feed & Seed, featuring some of our favorite local artists. For our latest installment, we we brought indie rock to Lower Broadway, for a double bill of indie/alt rock act Pang (for what was, unbeknownst to us, their first show ever), and surf rock faves and friends of the site, *repeat repeat. We told you when we announced the show that it was going to be one not to miss, and we weren’t lying. Keeping reading to find all about it, and to peep some fantastic photos. 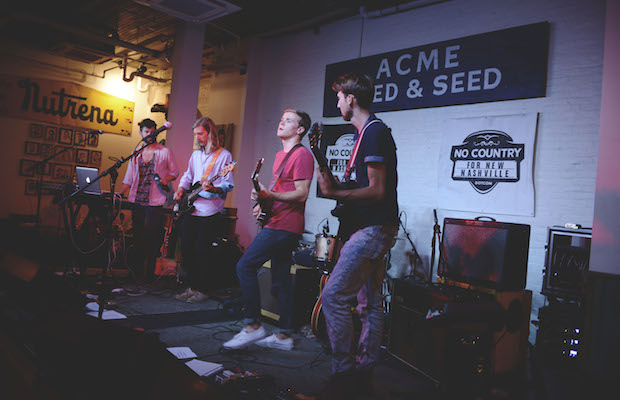 In weeks prior, our Tuesday night showcase has included eclectic horn rockers Kansas Bible Company, retro/west coast soul rock transplants Diamond Carter, a double bill of alt rockers Bear in the Campsite and folky singer-songwriter Jordan Hull, and, last week, an appropriately folk-leaning performance from Don Gallardo and his fantastic band. This week, however, we took the biggest leap from the traditional downtown sound, pairing two acts with virtually no ties to country or folk, who, otherwise, you might never expect to see on Lower Broadway. Though distinctly unique in their own flavors of rock, Pang and *repeat repeat were more alike than any of the other acts we’ve brought to Acme so far, and, just as we hoped and expected, they were warmly received.

Comprised of recent Belmont graduates, Pang are a band who we’ve been writing about since their very formation last year. And, while we expected to see them gigging around town in the time since, cancellations, lineup changes, and circumstance prevented that from happening, making last night’s Acme performance their first proper show ever. While we didn’t even realize this when we announced it, we couldn’t have been prouder to have hosted it, and encourage you all to check them out live as soon as you possibly can. Having spent some time with Pang’s debut EP, Follow Your Dreams, I expected them to be more synth-driven and poppy, akin to locals like Wild Cub and Vinyl Thief. While those electronic tendencies were certainly present, Pang performed with a stronger indie rock foundation, coming off almost Wilco-esque at times, with dense instrumentation, driving and hypnotic melodies, and unwavering confidence (I would never have guessed it to be their first show). Breezing through what appeared to be just about every single song they’ve written (including many from their apparently-delayed sophomore EP, Woman, Girl), the group effortlessly earned the mantle of one of Nashville’s best bands on the rise last night, and I have no doubt we’ll be seeing big things from them in the near future. 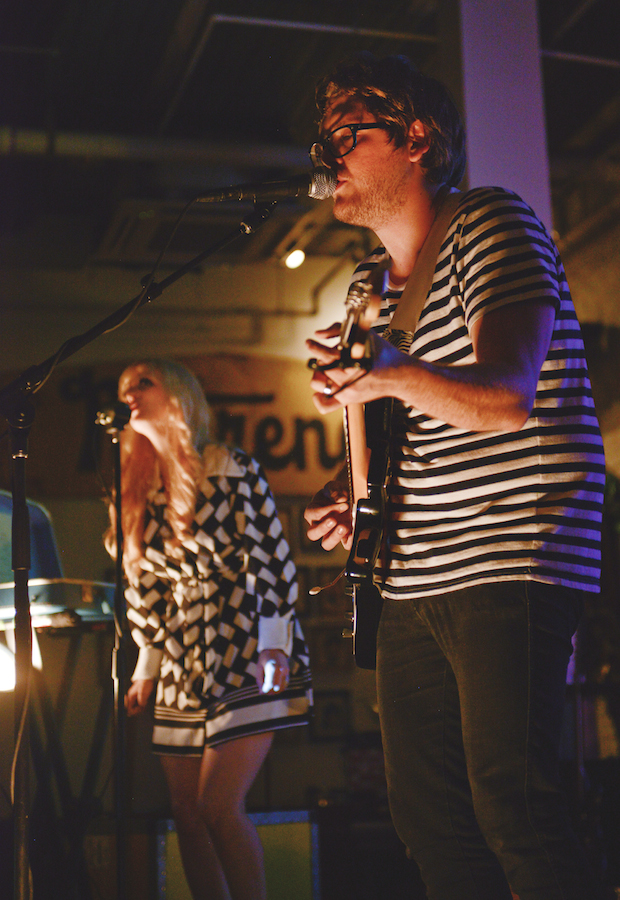 While I’ve seen *repeat repeat plenty over the past couple of years, it dawned on me, as they took the Acme stage, that I’ve really been lacking in getting my surf rock fix so far in 2014. I believe that my last time catching the trio was around Christmas, and, while their sunny, upbeat sound is incredible all year round, it really shines in the summer. So, fittingly, my first *repeat repeat show of the year occurred smack dab in the middle of the hottest week of the year.

*repeat repeat are dependably pleasant, and, with each passing show, their performance chops only get tighter and more self-assured. Their musical ambitions have also evolved since the early days, making it hard to tag them simply “surf rock.” Their sound might be sunny, but their themes range more broadly, juxtaposing lyrics of love and longing with hypnotically catchy riffs. Their Acme performance was hypnotic in the literal sense as well, employing the use of a video screen to project song-enhancing visuals, including a moving hypnotic swirl. The chemistry of husband and wife duo Jared and Kristyn Corder is undeniable, their vocals trades and harmonies seemly blending together like two parts of the same person, all held together by the tight, high-energy grooves of drummer Andy Herrin. Proving themselves one of Nashville’s best rock bands yet gain, *repeat repeat captivated the crowd at Acme, cementing our belief rock and roll has an important place in Nashville’s present, even amidst a sea of establishments stuck on perpetuating Nashville’s past. The trio’s set included selections from their endlessly catchy full-length debut, Bad Latitude, as well a few tunes I didn’t recognize, presumably set to appear on a future release. *repeat repeat are one of my favorite bands in Nashville, and I couldn’t have been more excited to be involved in showcasing them to a new audience, at what was, undoubtedly, our most rocked-out Acme showcase yet. 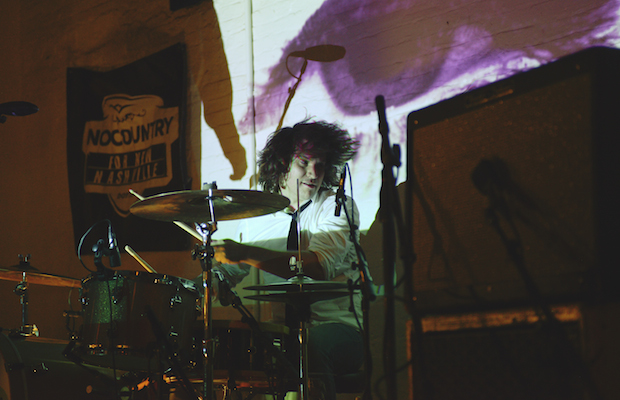 Next week, the fun continues with indie/blues band Moon Age and groove rockers Willie and the Giant. As always, it takes place Tuesday night at 8 p.m., and is free to anyone over 21! We hope you’ll join us!