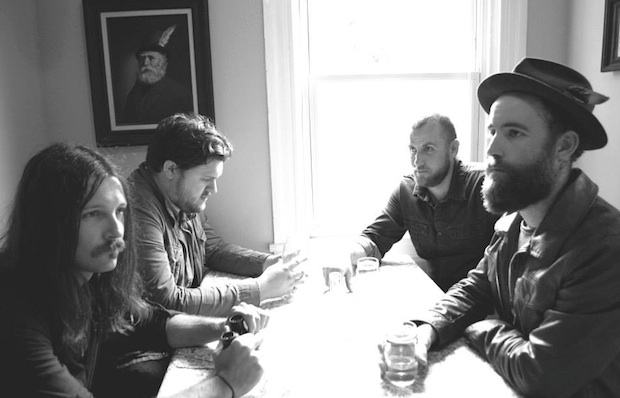 Tonight will be a show to end all shows. Feedback Revival, Ancient Warfare and Bear Medicine are coming to The Stone Fox with the sole mission to blow away their audience (a.k.a., you) with epic rock and roll. Even their band names sound aggressive and intense and full of pent up energy just dying to be released into the wild – and if that does not sound like an amazing night, then we don’t know what does. It’s just $7 at the door for anyone 18 and older, so come out to celebrate the pre-weekend in true rock and roll style.

Born out of the minds of four men right here in Nashville, TN, Feedback Revival has been actively working to get their music out to the masses – and it’s paying off. With a recently self-titled album release and a song of theirs used on a new TV show, Feedback Revival are proving that the path to success can be a rewarding one. You’d better hurry up and see them, though – the group have recently announced that in October they’ll be kicking off a European tour which won’t end for several months.

“Psychedelia folk goth” is how Ancient Warfare describes their unusual sound, which makes the group that much more intriguing. Led by singer Echo Wilcox, the band have developed over the last few years into an ever-changing, always interesting organism that seems to live and breathe entirely on its own. Their debut album, The Pale Horse, is expected to be released this fall and Ancient Warfare will be sure to treat you at The Stone Fox to some sneak previews of what will be on the album.

Bear Medicine first emerged from the depths of Lexington, KY, and the group assure listeners on their Facebook that you do not need to have been mauled by a bear in order to listen. The band have been on tour with Ancient Warfare for awhile now, and it’s finally Nashville’s turn to receive in the interesting pairing.

Feedback Revival, Ancient Warfare, and Bear Medicine will perform TONIGHT, Aug. 28, at The Stone Fox. The show is 18+, begins at 9PM, and tickets are available for $7 at the door.