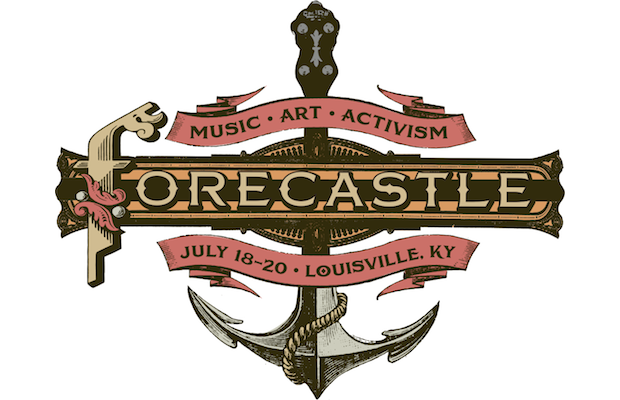 We’ve spent the past week helping you get familiar with all of the Nashville acts making the trek to Forecastle Festival this weekend in nearby Louisville, KY. While we’re incredibly proud of all of our hometown talent, we also wanted to showcase some of the other artists this year’s incredible lineup has to offer, so, as we prepare to head north for what’s sure to be a fun weekend (keep an eye out for full coverage next week), we’re breaking down our 10 most-anticipated bands by day. First up, here’s who you absolutely don’t want to miss on Forecastle’s opening Friday…

New York chef turned rapper Action Bronson has become an underground sensation over the past years, and his Ghost Killah-esque flow, outlandish stage antics, and clever lyricism have helped him find a larger audience and transform into a festival staple. Look for his major label debut, Mr. Wonderful, later this year. [PO]

Florida outfit Against Me! have spent the last few years transitioning form punk purists turned radio crossover hit turned force of empowerment to the transgender community, thanks, in no small part, to trans frontwoman Laura Jane Grace. Their stage show is a mighty force to behold, and one you don’t want to miss. [PO]

Georgia based (with significant Nashville ties) flower punk turned bluesy garage rockers The Black Lips are a must see for us anytime the opportunity presents itself.  Those of you in Nashville on Thursday night should, no doubt, make it a point to head over to Exit/In to see them, and those of you arriving as Forecastle starts will enjoy the pre-weekend crowd with a surefire top notch performance.  Currently touring in support of one of our favorite albums of 2014, Underneath The Rainbow, the band’s infamous live performances are not to be missed. [MH]

LISTEN | “Boys In The Wood”

Every festival needs a ripper.  You know, that guy (or gal) who grabs his axe, and proceeds to completely destroy everything you thought you knew about music.  That’s what Gary Clark Jr does.  At times, you wonder if you aren’t listening to a 60 year old blues legend, and then the next moment, you are convinced that Jimi Hendrix has risen from the grave.  I typically use festivals to find new bands, but this will be my fifth time seeing Clark Jr.  That should tell you something about how highly I regard this player. [MH]

LA indie rockers Local Natives released their sophomore album, Hummingbird, last year, and, though it wasn’t quite as buzzy as the group’s breakthrough Gorilla Manor, it showed off their ability to evolve and improve on the foundation they set. Their dense, energetic live show does the records justice. [PO]

When producers and DJs put together live sets, I tend to pay attention. As a younger man, I was pretty enamored with Groove Armada, and had the opportunity to catch one of their live sets which still resides somewhere in my all time top 10.  So, you give me an opportunity to catch a seminal music maker like Nightmares On Wax do the same thing, and I’ll take you up on it every day of the week. Have a listen below to some funky grooves, and then see how groovy it looks live. [MH]

While the “Hey Ya!” rap duo’s current reunion tour got off to a rocky start, and allegedly remains a bit tense, the fact remains that they’re one of the most influential and important hip hop groups of all time, and, by their own admission, this return to performing has a limited shelf life. Just do yourself a favor and revisit their amazing back catalogue first. [PO]

We spent a lot of time telling you about Spoon in the lead up to their Marathon Music Works show in Nashville, in Atlanta during Shaky Knees, and again as they were teasing the release of their newest LP, They Want My Soul, due out this year.  As a long time fans of Spoon, and having seen them many times, I passed off my chances to see them earlier this year to some others at the site that were virgins.  It helped that I knew Forecastle offered a chance to rekindle with one of the top touring indie rock bands of the past decade. [MH]

Alt/pop/hip hop duo twenty | one | pilots have had an enviable rise from nearly obscure Ohio scenesters to radio and festival staples, seemingly overnight. They’ve wowed us at every turn, and their high billing at Forecastle is just another testament to the insane following they’ve amassed over the past year. [PO]

We already spent some time talking to you about this former OCMSter gone solo folkster.  Watson has been on a few of our must see lists this year, and Forecastle will provide the perfect opportunity. [MH]