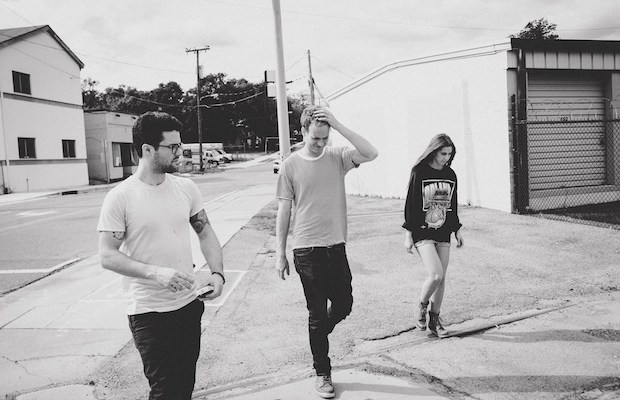 Channeling a sound that could best be described as The Breeders meets Best Coast, Nashville’s own Bully are, perhaps, the number one can’t miss act on all of Bonnaroo’s Club Stages this summer, especially for you out-of-towners. They’re also, as of writing, literally the first band on the entire schedule. Know what that means? Arrive Wednesday night or leave before the crack of dawn Thursday morning, and run (don’t walk) into Centeroo upon arrival (the tent can wait), to start your Bonnaroo right. We seriously can’t even adequately describe how worth it it will be. You know when a band has so much potential that you’re just beaming with excitement and waiting for the rest of the world to inevitably catch on? That’s Bully.

Fronted by Alicia Bognanno and formed in 2013, Bully have, so far, released just an eponymous EP and 7″ single. A modest output to date, sure, but more than enough to get all of Nashville talking last year. The group actually competed in the final Road to Bonnaroo competition this year, and, though they ultimately didn’t win their spot, their badassery earned them a place at ‘Roo regardless (they were also recently added to the prestigious Austin City Limits fest). Since exploding onto the scene last year, Bully have shared the stage with the likes of Superchunk, FIDLAR, Those Darlins, Diarrhea Planet, and more, and have amassed not only a loyal and growing fanbase, but also a barrage of critical praise at the local and national level. Flexing an affinity for lo-fi, jangly, indie pop coupled with an affinity for punk rock and alternative, Bully benefit from Bognanno’s skills as an audio engineer (she’s a former intern of Steve Albini, even) as well as her unique ear for songwriting and sequencing. Bully’s story is one that is still largely being written, and you could be present for a huge part of it by catching their inaugural appearance at Bonnaroo.