On An On with Foreign Fields, T. Rust | TONIGHT @ The End 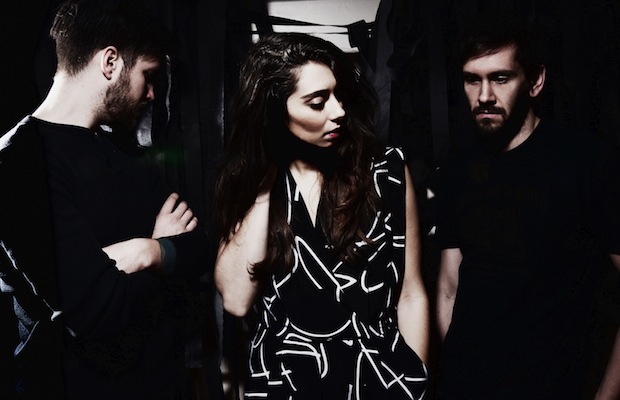 It’s now officially fall. And that means our calendars are about to officially get overbooked. There are a TON of amazing shows happening over the next couple of months, and we’re going to do our best to bring you the scoop on all of our top picks. We told you about Weekend at The High Watt earlier, but, if you’re looking for a bit of a more eclectic lineup, and you’re a fan of electro-pop, folk, and soul music, you’ll probably want to consider On An On, Foreign Fields, and T. Rust TONIGHT at The End! We’ve talked about all three acts before, the latter two being locals, and, after being really impressed with On An On at this summer’s Bonnaroo, we couldn’t recommend them more. After the jump, preview the bands and find out more about the show!

Electro-pop trio On An On were one of the very first acts we had a chance to catch at this year’s Bonnaroo. The group’s recently-released album, Give Up, is one of the most focused, stunning, and confident debut records we’ve heard in recent memory. Their experimental, poppy indie sound is rich with dense textures, ambient arrangements, tasteful samples, understated pacing, fantastic production, and artsy risks that really pay off! They were seriously fantastic, even outside in the middle of of the afternoon, at Bonnaroo, and we can only image how much more engaging they’ll be in a club.

We recently gave you our thoughts on Tuscaloosa, a new live EP from Nashville by way of Wisconsin duo Foreign Fields. Self-described as “electronic folk” (and appropriately so), the band play an emotive, dense, all at once bare while feeling layered, style of that immediately conjures stylistic similarities to acts like Bon Iver, Broken Social Scene, and Sufjan Stevens. They’re unique, they’re downright impressive, and they’re a group you really don’t want to miss live.

Earlier this year, we brought you the video for local eclectic rockers T. Rust‘s “House” (below), ahead of the release of their latest EP, Dimes. Channeling elements of rock, pop, r&b, and more, the dynamic group work seamlessly on just about any lineup, and especially compliment this impressive array of acts.

On An On, Foreign Fields, and T. Rust will perform TONIGHT at The End. The show is 18+, begins at at 9PM, and tickets are available for $18.