Two weeks ago, we were invited to attend a private listening party for local rapper Chancellor Warhol‘s upcoming album, Paris Is Burning– at the Sudekum Planetarium. Baller, right? Having already heard its ferocious lead single, “The Kennedy’s,” we went in with high expectations for a another top-notch Warhol release. What we heard not only surpassed those expectations in every way, but landed as possibly one of the most dynamic, epic, and sprawling hip hop releases of 2013. Warhol has always had a knack for witty, emotionally charged, and self-aware lyricism. On Paris, the rapper brings even sharper craftsmanship and greater refinement to the table, coupled with a intensely-honed, yet laid back and confident, delivery. If 2011’s The Silver Factory was the sound of Warhol staking his claim to a piece of the hip hop scene, Paris Is Burning is the MC’s play for dominance. Though, at times, the record is rife with obvious influence, that never deters or overtakes Chancellor’s individually as a performer. Production-wise, Paris is a product of the post-My Beautiful Dark Twisted Fantasy soundscape, packing in sweeping, dense, and often refreshingly organic beats, allowed to run their hypnotic course, while it occasionally and unabashedly employs flourishes of auto-tuned harmony. Chancellor channels ‘Ye in his delivery at points as well, but just as seamlessly flips the switch to the earnestness of Childish Gambino, the cleverness, technical prowess, and grandiosity of Kendrick Lamar, and even the confidence and emotional resonance of Drake (but, like, if Drake were a more technically gifted MC). Thematically, Paris is Warhol’s most introspective effort, chronicling his career and personal life of late. The guest spots, tastefully employed throughout, never overtake Chancellor’s spotlight or slow the momentum of his sweeping, grand work of an album. Warhol is a thoroughly modern rapper; a product of not only the best of the current hip hop scene, but also of indie rock and pop culture at large. With Paris Is Burning, he has the potential to become a part of that cultural discussion, not just a product of it; a catalyst, even, for the direction hip hop takes next. And we couldn’t be more excited to be along for the ride.

While you wait to hear Paris Is Burning in full (and we wait to have another listen – it should be arriving sometime next month), you can check out Chance’s latest single, “Au Revoir.” Find it after the jump, and don’t forget to check out the rapper’s cover issue of Native, on stands now! 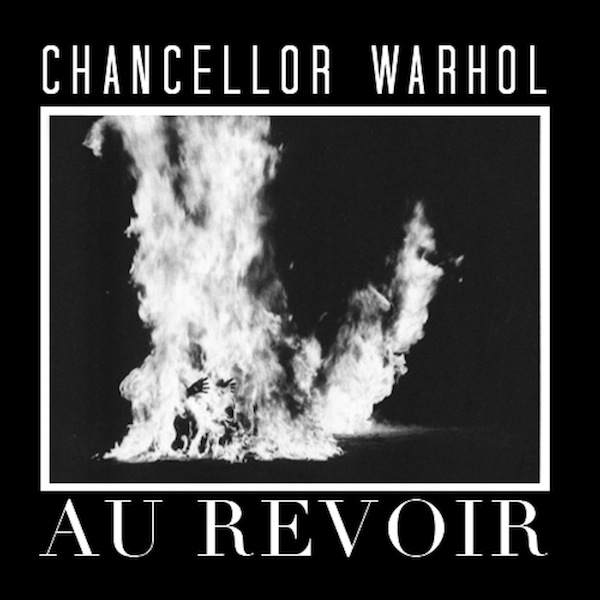 Produced by BoyGenius and featuring Boss of Nova, Juhi, Ruby Amanfu, and William Wolf, “Au Revoir” is a bit poppier and more experimental than previous single “The Kennedy’s.” Warhol spits the verses with a confidence and swagger that perfectly transitions from hook to hook, and never looses steam. The song premiered earlier this week on VH1’s Black Ink Crew, and you can listen for yourself below:

Fall Out Boy, The Band Perry to Tape 'CMT Crossroads' Next Week at Rocketown