While Philip is off running through the wilds of Lollapalooza in Chicago, the rest of us are buckling down here in Music City for another exciting weekend of live music.  We’ve spent a lot of time telling you about tonight’s benefit show for Luella & The Sun over at Mercy Lounge, but there is so much more for you to do this weekend.  Including a total burner of an all day party happening on the West site.  Don’t worry… there’s even more than that for you after the jump, and don’t be too jealous of Philip at Lolla… he’ll bring back some great stories for you next week.  Oh yeah, you see that new banner up there?  That was designed by local graphic designer and artist Holley Maher.  You should treat yourself, and check out Holley’s newest single and video “Golden” before you get into your weekend plan making.

In the grand tradition of Live Aid, Farm Aid, and Chef Aid, we bring you…LUELL-AID. But seriously folks, Joe McMahan of Luella and the Sun’s home studio was one of Nashville’s great modern-day musical havens, and its destruction by fire in June was a loss not only to Luella and the Sun, but the entire local music community. All proceeds from After the Fire will go to support Luella and the Sun in this time of need, and they will share the stage with some pretty incredible talent. If you’re not psyched by at least a few of the names above, then go check out some of the pre-show interviews that we’ve brought you this week (linked to the names above), and you will be. If there’s one show you make it out to this weekend, make it this one — it’s a rare chance to see some of the best local acts share the stage and while also showing your direct support for some of Nashville’s best independent musicians.  [AC] 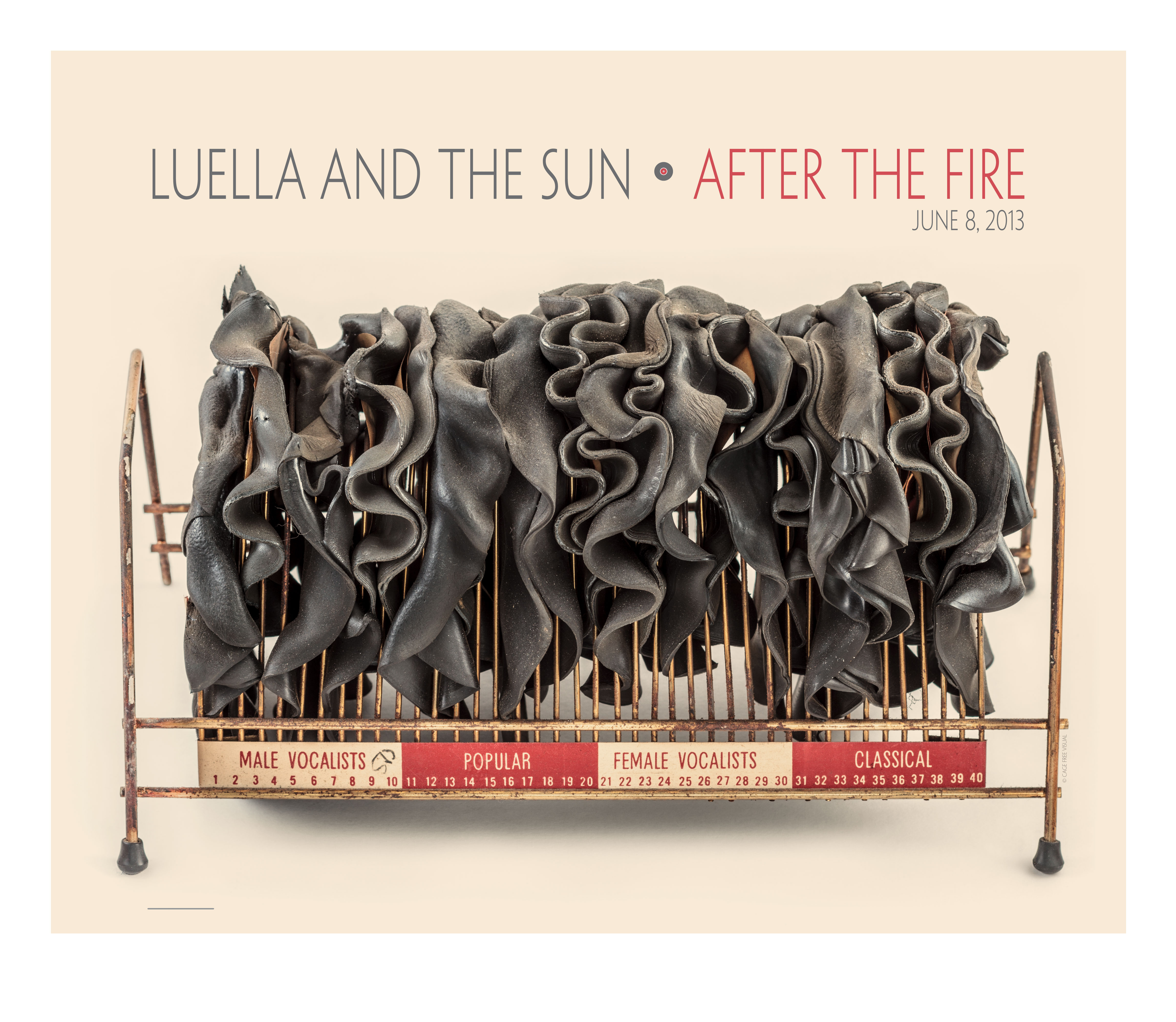 As each week flips over, I usually jump over to old Lightning 100 to check out who they have chosen for their artist of the week, and, man, was I pumped to see our old friends The Electric Hearts for this week.  We’ve seen these guys quite a few times now, even back when they wore those cute little suits.  It’s good to see them get some radio time, because more ears deserve to hear these guys.  It’s going to be a great night to check them out early, before you head over to Mercy for the Luella benefit above. [MH]

Local party girls, Thelma & The Sleaze, have been getting quite a bit of pub (likely in pubs) with their recent and appropriately themed video “Summer Fun”.  You can have a bit of summer fun yourself over at The Basement on Friday with them.  Par-tay! [MH]

20-year-old curly-haired singer/songwriter Tori Kelly burst on the scene about a year ago when her cover of Frank Ocean’s “Thinkin Bout You” blew up on Youtube, garnering over 15 million plays and even a mention on the Rolling Stone website. Back in 2004, she was the winner of America’s Most Talented Kids, beating out now-famous young country star Hunter Hayes. Her vocal-stylings are similar to that of a young Christina Aguilera, but she’s far more than just another Youtube artist, which she readily proves on her completely self-written, produced, & recorded EP Handmade Songs by Tori Kelly.     [LS]

We first caught LazerSnake when they appeared as the “surprise headliners” at this year’s kickoff Road to Bonnaroo competition. Though they pull it off very convincingly, they’re a total parody act; a riff on the butt-rock brand of “rock and roll” that tends to dominate the radio in good ol’ middle America. Are they good? Well… they’re fun. But here’s why else you should head to The High Watt: psychedelic rockers H-Beam boast an unbeatable and encapsulating stage show and Yumzah!, the musical vehicle of the immensely talented Steve Lee, is one of the most fun, upbeat, and infectiously happy bands around. [PO]

We already brought you the scoop on this show earlier in the week, and it’s really a no-brainer. A stacked lineup of some of Nashville’s very best (and some of our absolute favorite) acts, playing outside of one of the city’s coolest venues, and it’s TOTALLY FREE to boot. Plus, JEFF the Brotherhood are busy dudes these days, so their hometown shows are few and far between. Don’t miss out! [PO]

If you’re like me, you have that one uncle with a seemingly inexhaustible supply of stories about seeing The Allman Brothers play at a corner laundromat when they were just getting their start, or about how they saw Zeppelin open for some crappy local band at a crappy local dive. In my heart of hearts, I believe that I’m going to be that uncle one day, and that one of the bands I’m going to tell those stories about is The Wild Feathers. A word of advice: these guys are picking up steam at a dangerously fast pace, and this may be one of your last chances to see them for FREE and in such a small setting. Take advantage of it. [AC]

Here we go!  We caught Patrick Sweany over at Grimeys for the record release, and it was incredible.  If you still haven’t listened to that new record yet, I don’t know how you have managed to continue on with your days.  High praise?  Yep, and for good reason. [MH]

We first caught James McCartney (yep, that’d be Sir Paul’s son) back at Bonnaroo. He may not quite be on pop’s level- but hey, very few people on earth are. Nonetheless, James possesses an eerily similar voice to Paul (and eerily similar looks) and has forged his own style, slightly more singer-songwriter and introspective. His interview skills could use some work, however. If you don’t go in with Beatle-sized expectations, you’re sure to have a thoroughly enjoyable time! [PO]

For what probably amounts to the change you have rattling around in your couch cushions, you can catch four great (and seriously eclectic) bands: female-fronted, synthy dance rockers Scale Model; experimental, shoegazey metal act Fragments of God; garage punks Roman Polanski’s Baby (who add more girl power to the bill); and alt-rockers Nobody’s Darlings. This one should be a no-brainer, foo.BAR.too wins the best deal of the weekend.  [PO]

Black 13 Tattoo is celebrating their 5-year anniversary in true rock n’ roll style, with a free show featuring Jeremy Lister, The Wans (remember their kickass new single, “Satisfied”?), Riff Raff (AC/DC tribute), & DJ sets by La Force. RSVP here via Facebook and check out all of the rad stuff you could win in the raffle they’re having, including free tattoo time & tickets to see Jimmy Eat World!  [LS]

The venue alone should make you want to move your ass in this lovely weather with the fun jams of OCMS.  [MH]

Hey there, Zeppelin fan.  I know you are out there brushing your mullets and waxing up your Camaros.  This is a chance for all of you, young or old, mulleted or metro, Mini or muscle to get out to experience the closest thing you are going to get to one of the top 5 rock bands to ever walk planet Earth.  Original Led Zeppelin drummer John Bonham’s son, Jason, takes the Led Zeppelin Experience on the road.  While it likely will be a fun trip down memory lane, a special guest appearance, by sometimes Nashville resident Robert Plant, could cause War Memorial to explode in a giant 70’s rock orgasm.  I’m not saying it’s going to happen, but I am saying that Plant isn’t on tour right now. [MH]

We did a little ditty about Brooke when she was Lightning 100’s Artist of The Week a couple of weeks back.  She obviously hasn’t released anything or won any Grammy’s since then, so no need to rewrite why this is going to be a great show.  [PO]