One of the biggest music festivals in the country may be going on just a few miles down the road, but we know all of you aren’t in attendance. Hell, all of No Country isn’t even in attendance. You know there are going to be a few folks sneaking up here for some radius claus breaking one off gigs, and we have the full rundown for your weekend plans right after the jump.

Let’s get things started with our first radius clause breaking act. I actually haven’t read their contract, and it’s probably fine to play a record store, but I digress. Bonnaroo act Houndmouth will stop into Grimeys en route back to there homeland of Kentucky and Indiana.  This alt-folk act will follow up their 5:30 set at the On Tap Stage on Thursday with the free in-store.  Things get started around 6pm, and, per Grimey usual, there will be free beerfreshments for those of age.  You can have a listen to Houndmouth below to get you in the mood.

The epitome of hipster may be defined by a Mississippi ukelele player by the name of Dent May.  It’s synth-filled, hipsteresque R&B inspired pop music that will likely keep you from breaking your cool by dancing.  So, why would we tell you to go check this out?  Well, if you are a fan of music like the Magnetic Fields, then this is the closest thing that you are going to get in Nashville tonight.  So, grab some sweet camo lip balm and head over to The Stone Fox.  Things get started with local Silver Jew and Lambchop vets Tim Chad and Meth Dad around 9pm. Tickets are available for $7 here.  You can have a listen to the Dent May jam “Best Friend” below.

If you are in the mood for slightly less hipsterific then we would recommend swinging down 8th Avenue to The Basement to catch T. Rust and Free Time. We debuted the video for “House” from their most recent EP Dimes recently, and tonight they share the bill with New York jangle rock band Free Time whom are very reminiscent of Kurt Vile and The Violators. You can have a listen to the track “Nothin But Nice” from Free Time below. Tickets will run you a mere a $5, and the show starts at 9pm.

If only it was possible to be in two places at once, because if he wasn’t at Bonnaroo, Philip would be heading to The High Watt for Foreign Fields and HalfNoise. Based in Nashville by way of Wisconsin, Foreign Fields play lush, folky, ambient indie pop, with a knack for orchestration and a love of string flourishes in the vein of groups like Sigur Ros and Broken Social Scene. Similar in style, HalfNoise is the new solo endeavor (though he performs with a full band) of Zac Farro, the former drummer of Paramore. Zac’s clearly a big Sigur Ros fan as well (with a hint of Mew), because he’s nailed the electronic-infused ambience. The show kicks off at 9PM and tickets are a reasonable $8 right here.

Jess says if you’re jonesing for the outdoor music experience this weekend but prefer to end the day with a shower and not wake up the next morning to someone peeing inches away from your face (true story, bro)… you oughta’ hit up Musicians Corner this Saturday afternoon at Centennial Park! Word recently broke that the awesome Musicians Corner series is getting a more permanent place in the park this fall via a nifty new amphitheater near the West End entrance. You can celebrate this impending upgrade and soak in some summer sunshine with the stellar line-up that includes Ben Sollee, Humming House, Matt Giraud, and Amy Stroup. And that’s not all! On the Lightning 100 acoustic stage you can catch Tim Easton, Stacy Lantz, and The Bird and The Bear as a nice little bonus! There will be food trucks, beer, and a Kids Zone for the little rockers. Music starts at 1:30PM and goes until 5PM – and it’s free, friends! Preview some Amy Stroup right here (courtesy of the L100 studio!)…

If you’re in the mood for something a little bit more partylicious, No Country favs Alanna Royale, Tipper Whore & tons of other great entertainers (including The Granny Whites, Linnea, & Beverly McClellan from NBC’s The Voice)  are slotted to play this year’s 25th annual Nashville Pride Festival at Riverfront Park downtown. There’s way more going on than just music though, so grab the official iPhone app to help you find food, vendors, the VIP area & more. You can also check out the full entertainment line-up here. General admission is just $5, and the festival runs 11am-7pm. Check out tracks from Tipper Whore & Beverly McClellan below!

If you are on the East side, you have your second to last Hoot. The weather is supposed to be fabulous on Saturday, and you can hang with some of our good friends Vitek, Frances & Foundation, The Future, & the always funky and fun Space Capone. Things get started at this free event around 4pm over at East Park. If you aren’t at the Roo, you should be at one of these events. Have a listen to Space Capone’s “I Just Wanna Dance” to understand why that is exactly what you will be doing.

Funny story: Philip first met emo/pop punk group Cute Is What We Aim For many years ago, when he booked them in a pizza place on their very first tour. A year later, they were opening arenas for Fall Out Boy. The group is back and, for nostalgia alone, might be worth the trek to Rocketown, but the real selling point here is actually openers The Dangerous Summer. Though polarizing to some on a personal level, the MD quartet has proven time and time again to be one of the most gifted and important bands in the modern pop punk scene, pushing the genre to greater artistic territory with each release. Check out their brand new single, below. Snag your tickets here. As with all Rocketown shows, it’s all ages and it starts on the early side- 6PM.

After undoubtedly stealing the show at Bonnaroo, Frank Turner and his band, The Sleeping Souls, will be making a stop at 3rd & Lindsely with Wake Owl (another Bonnaroo performer) and Lera Lynn for Lightning 100’s Nashville Sunday Night. With an ever-growing fan base, an incredible new album, and even a chance to perform at the Olympics last year, it’s amazing Frank hasn’t blown up yet. It’s also amazing that this show hasn’t sold out, so snag your tickets now while you still can. The folk punk troubadour is one of the best performers around, and one that you don’t want to miss! Tickets here, 8PM show (with doors opening at 6).

Lauren recommends that you head out to rock out with Natural Child w/ Liquor Store, Western Medication, and Gnarwhal at The High Watt on Sunday night for the ridiculously amazing price of $5 to catch some stonerrific rock n’ roll. 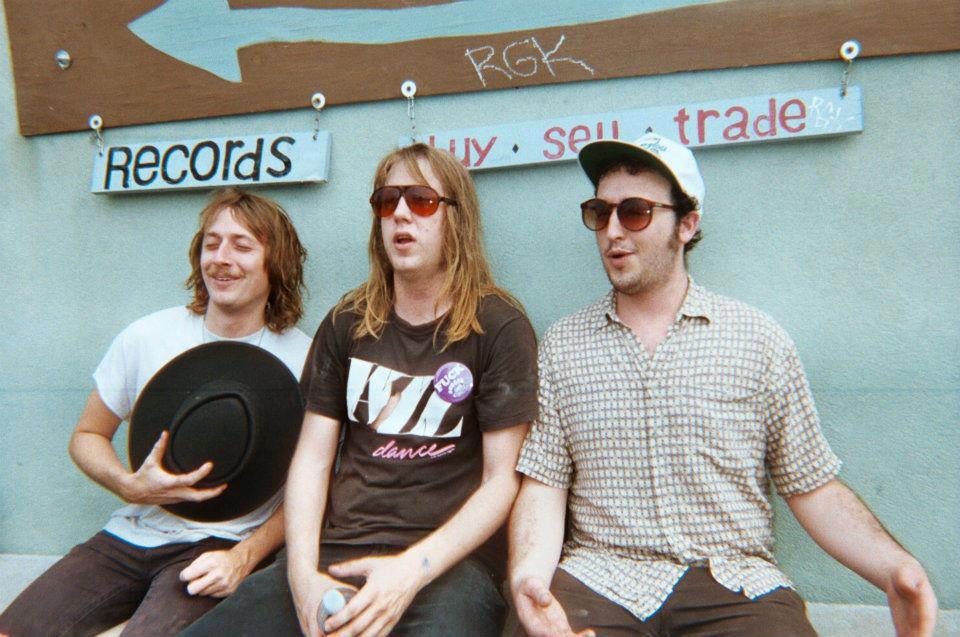 To get a preview of how local favs Natural Child (aka “Natty Child”) will melt your face, you can check out their video for “CRS Blues” below.

Lauren fell in love with Western Medication when she first saw them play a backyard show on Record Store Day 2013 at The Groove. The post-punk rockers mix part Joy Division-esque guitar tones & the untamed energy of  Nirvana to create just the rock n roll that Nashville desperately needs more of. Check out their video for “The Painted World” below, which they released on gorgeous teal and marble vinyl this past Record Store Day. You can buy it online here.

Have a great weekend, and go see some live music!