Pay Attention To The Future!

Nashville’s pop music scene has certainly seen some exciting bands sprout up over the past few years, and The Future is certainly in the middle of that conversation. I first found The Future at an East Nashville Underground of yore, and I’m equally excited to see them at the upcoming Friday Night session on May 10th. More on that to come in the very near future, but, for now, let’s focus on this new music from The Future! 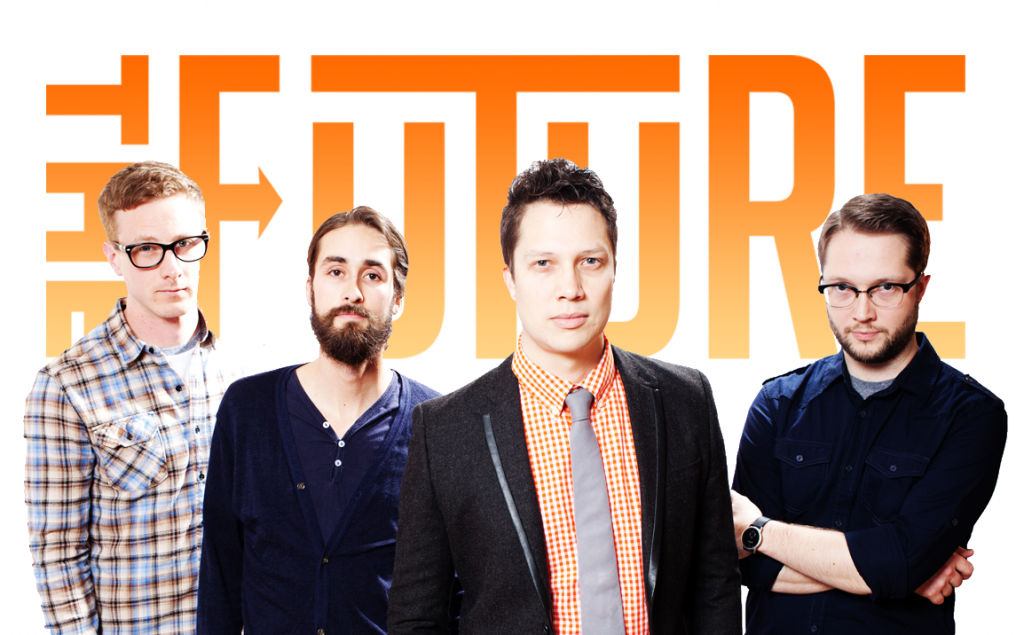 The Future is releasing a song a month, and we apparently were snoozing at the wheel on the first couple of releases. Yeah, we might be just a hair behind the 8-ball on this one, I mean Lightning 100 did pick them as their local artist of the month after the release of their “Baby You’re Golden” back in February.  Two more hyper popped tracks have been released since then.  So, we will make this up to you with an introduction, and all three new tracks right after the jump.

The band of quirky North Dakotan brothers Adam & Jordan Culver gathered friends Eric Sadowsky and Bryan Fleece, who, upon arriving in Nashville, created an indie-pop sound that spans influences from from Prince to Spoon. While the pop sound is infectious upon the first listen, the first time you see them live will forever make you a fan. “The live shows are like an eruption to me,” says singer Adam Culver. “I don’t know what it feels like for the crowd, but for us it’s all spasm and catharsis. We don’t have any choice in the matter, we have to play these songs like our lives depend on it.”

The Future plans to release a single each month, which will be available in a limited physical run of 25 artistic handmade covers each. You can have a listen to the first three releases “Baby You’re Golden”, “The One You Want”, and “Slow Fast” below. If you haven’t already grabbed your weekend wristband to see them at East Nashville Underground, you should jump on those right here! Enjoy getting to know The Future!