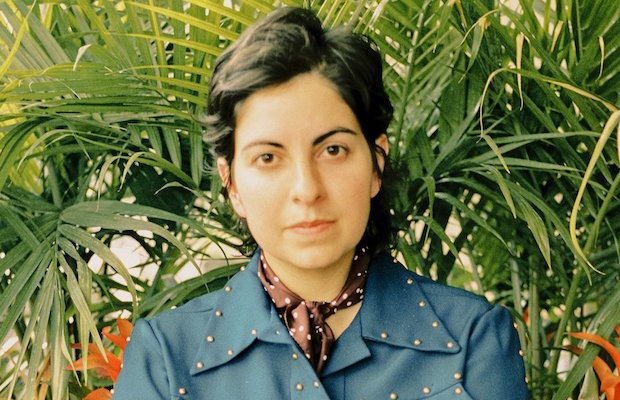 It’s hard to believe that we have been following the career of Becca Mancari for over four years (when we first saw her open for Hooray For The Riff Raff at The End in 2013), and it’s even harder to believe that we just received word that Becca will be releasing her debut LP, Good Woman, on Oct. 6 via Sunshine and Happiness.  We premiered Mancari’s first single from that record, “Summertime Mama,” back in 2015, and are very excited to get a taste of what the rest of the release is all about.  The new single, “Arizona Fire,” which opens the album, takes on a more atmospheric quality with dreamy vocals and a melodic layering that straddles the line of folk and indie rock than her more Americana influenced debut single.  It’s a busy time for Becca, who also just debuted a side project, Bermuda Triangle, with Brittany Howard and Jesse Lafser, and is about to kick off a tour with Hooray For The Riff Raff and Birdtalker.

Head below to give “Arizona Fire” a listen, and check out Mancari’s upcoming tour dates.  There are no Nashville shows as of right now, but we expect that to change as the album release date approaches.  In the meantime, you can revisit our interview with Becca from the 2015 release of “Summertime Mama.”

% – with Hurray For The Riff Raff
# – with Birdtalker

twenty one pilots to Play The Ryman Oct. 5 w/ Echosmith