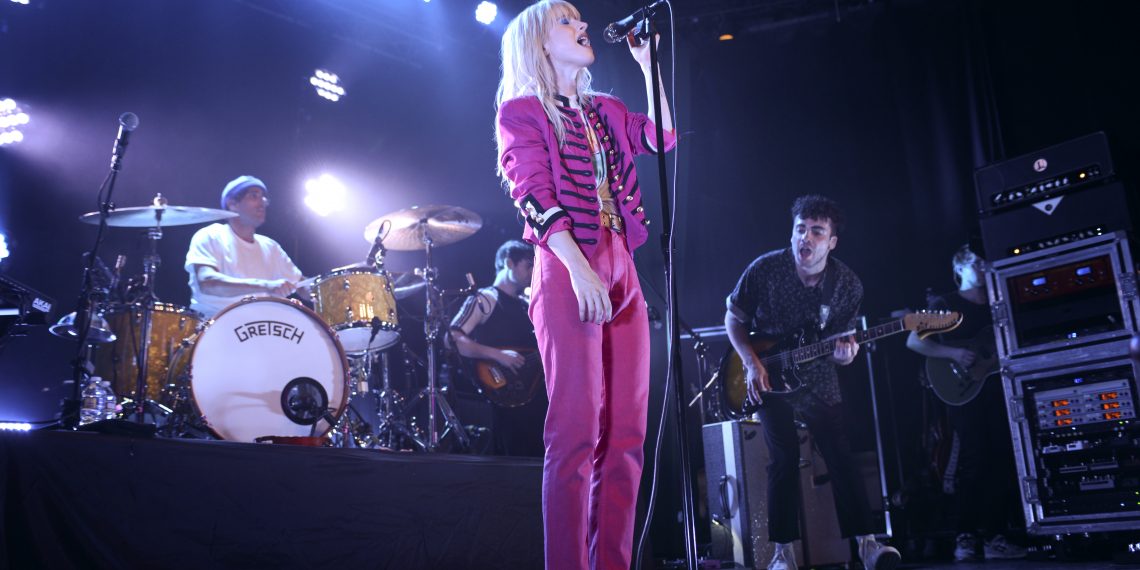 Paramore performing at Exit/In in 2017. Photo by Mary-Beth Blankenship.

In what feels like déjà vu after a similar situation occurred with the Cannery Row-based Mercy Lounge venue complex earlier this year, beloved and historic Rock Block venue Exit/In is set to close under current management after a run of shows leading up to Thanksgiving, reopening at a later date under its new investor owners AJ Capital Partners.

Exit/In’s future has been in doubt for quite some time, after the 51-year-old club’s building (the venue’s numerous operators over the years have generally been tenants) was put up for sale in early 2021, prompting longtime operators Chris and Telisha Cobb to make a bid for ownership, only to lose out to AJ Capital (despite their offer apparently being monetarily equivalent). In a last ditch effort to retain control of the space, the Cobbs (who have also been instrumental in the National Independent Venue Association and Music Venue Alliance Nashville, both formed during Covid closures to aid independent spaces) ran an enthusiastically-supported crowdfunding campaign to make a higher offer to AJ Capital directly, ultimately to no avail (those funds will go to support the aforementioned NIVA and MVAN).

We’d been hearing soft rumblings for at least six months that Exit had stopped booking beyond Thanksgiving, and when a particularly sentimental run of Thanksgiving week shows were announced over the summer, including a two-night Diarrhea Planet reunion which will ultimately become this version of the venue’s last, it was billed as something of a farewell to Exit/In. It wasn’t until today though (perhaps due to hope that something about the situation might change), that the venue finally made a formal announcement, which you can read below.

It is important to note that while this version of Exit/In- the one that has carried on the venue’s decades-old independent spirit for the last 18 years under the Cobbs’ management- is closing, that the venue itself is not imminently set to disappear, as we’ve seen incorrectly stated in some other places. Nashville-based AJ Capital, who somewhat robotically describe themselves as a “vertically integrated real estate investment manager focused on developing and operating transformative real estate assets,” followed through on applying for historic overlay protections after buying the building (meaning that while they promise to make updates and improvements, they’re restricted in what significant changes can be made the venue), and have continuously asserted that they will continue to operate it as a music venue (though there is currently a legal dispute associated with the name, it has always been called Exit/In, and will almost certainly continue to be; a different situation from Mercy Lounge, where the operator/tenants had more claim to the the name and branding). Whether that is in partnership with a corporate promoter like Live Nation remains to be seen. Hurry Back, Exit/In’s adjacent bar (and venue entrance) was also part of the sale, but will remain open for several weeks after the venue’s closure.

But what does it mean for the soul of Nashville’s independent music scene? It means that once again deep-pocketed investors were able to take over a space whose entire appeal, whose intrinsic value, all rests on the blood, sweat, and tears of the decades-long operators who are being pushed out, who, despite their best efforts, never seemed to get a fair shake at owning the thing they’ve devoted so much of their lives to. It’ll still technically be locally owned, sure, but fostering a healthy and creative music scene requires a foundation of organic and independent performance spaces, and as our city grows- in some ways that are good and exciting, certainly- it’s more important than ever to protect those spaces that helped give Nashville its appeal, its identity, its community in the first place. We’re happy that there will still be some version of an Exit/In, of course, but it’s disheartening to see this situation over the control of its future play out in such a commercial and inequitable way.

Many of the shows left on the venue’s calendar are sold out already, but you can check out the final slate right here. No reopening date has been specified, beyond simply “early 2023.” We’ll keep you updated as further details on the venue’s future are announced.

GAYLE Scores Song of the Year Grammy Nomination for "abcdefu"