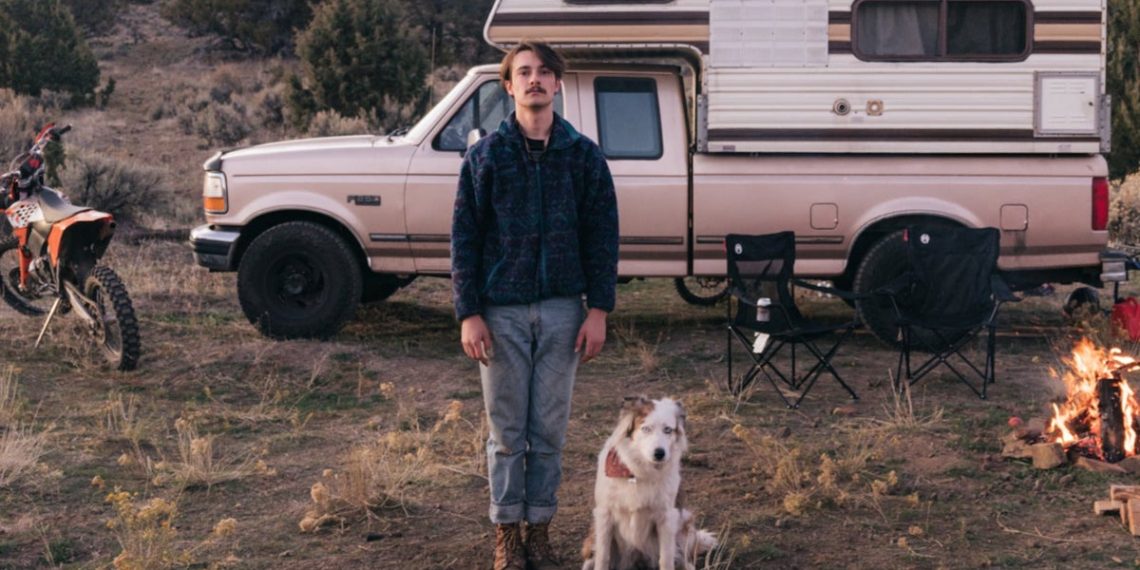 Griff Washburn grew up in Memphis and honed his musical chops playing in bands as a teen, but Nashville is where he really got started as Goth Babe, releasing his first EP, Shall We, after some buzzy early tracks in 2016. We were covering the project a lot back then, at the time very clearly influenced by garage punk but already flirting with the electronic elements that have become prominent in his sound, and even hosted Goth Babe at our former Acme Feed & Seed showcase that year. Since leaving Nashville a few years back, Washburn tried out New York then Los Angeles before settling in the Portland area, which has more or less become his home base as he tries out a more nomadic lifestyle- surfing up and down the west coast, and bouncing between living on a sailboat and living and recording out of a converted camper truck with his dog Sadie, essentially a tiny house on wheels, as he chases good weather and good people. This focus on life and authentic experiences and pursuit of wanderlust has, unsurprisingly, informed Griffin’s approach to art as well, positioning Goth Babe as a less of a commercial outlet and more of an extension of his lifestyle, a vehicle for expressing experiences like a good surf season, or time in nature or at sea, and something he can take with him and create from wherever he happens to be. Stylistically, Goth Babe has become a lot more synth-y and indie pop over the years, adopting a sound reminiscent of the chillwave scene of the late ’00s. Even five or six years ago, we had had a feeling that Goth Babe had very a bright future, and we’re trilled to see where his journey as an artist has led.