New Music Venue Timberhawk Hall to Open in Madison in 2023 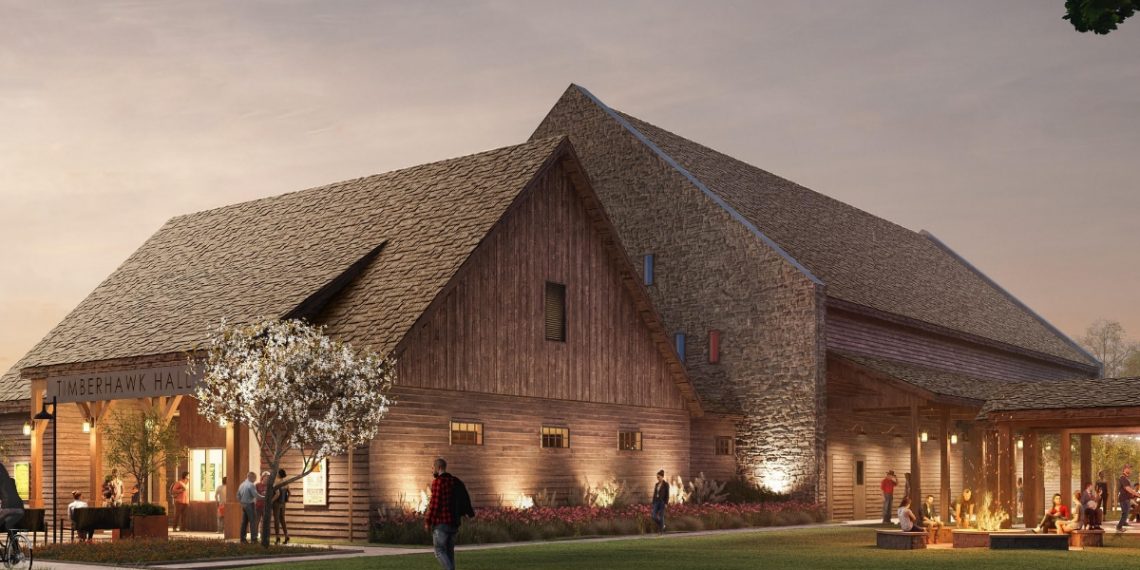 As some of the city’s most beloved venues continue to shutter, get bought out by corporate interests, and become threatened by new development, and new ones keep popping up with the backing of multinational entertainment conglomerates, it’s easy to become pretty pessimistic about the state of our city’s live music scene. However, some recent local developments, particularly spots like the amazingly well-designed and supremely local effort Eastside Bowl (and of course the many great long-running venues that are still going strong) give us hope that Nashville will continue to adapt, and explore broader areas to grow new performance spaces. The home of Eastside Bowl, Madison, has a historic reputation as the one-time home to many musical legends, and there’s no surer sign that it’s becoming a refuge for the people and businesses who’ve been priced out of East Nashville than the fact that it’s set to play home to yet another exciting, purpose-built concert venue: Timberhawk Hall.

Slated to open in 2023 and situated right in the heart of Madison, just a bit up the road from Dee’s (another favorite spot), Timberhawk Hall has some seriously great talent announced, both in its construction and operation. Fred Kennedy, along with his brothers Patrick and Duncan, leads the space, but the name that really has us excited about the venue is senior talent buyer Santo Pullella, who’s booked for 3rd & Lindsley for the past decade. Emmy-winning sound engineer and Bluegrass Underground vet Danny Poland has also been named technical director. As for the venue’s design, the exposed-wood-centric aesthetic features reclaimed timber from Montana’s Big Timberworks (part of the inspiration for the name, along with a hawk that regularly visited the construction site), colored glass windows designed by London artist Katherine E. Bash and produced by German mosaic studio Mayer of Munich (featuring built-in LED lightning to shine day and night), and a “wooden quilt” triptych installation designed by former Hatch Show Print master printer Jim Sherraden.

Set to boast a standing capacity of about 1,000 (putting it roughly in league with Cannery Ballroom) or 600 seated, the venue’s stage will be surrounded by 100-year-old barnwood, in addition to predominant stonework, making it all very rustic and unique, and meant to evoke other notable buildings around Madison and connect the venue’s design to the area’s history as a rail hub (it’s located near Amqui Station, the historic train station-turned museum once owned by Johnny Cash). Beyond the performance hall, the grounds will feature a beer garden, and a two-story green room for artists and crew. No specific opening date beyond “early 2023” has been announced, nor have any shows, but we have faith that Pullella will put his experience of bringing some excellent artists to 3rd & Lindsley over the years to good use (even if this new hall’s fancy and upscale design makes us skeptical that you’re going to see anything too wild or extreme grace this stage; though we’d love to be wrong).

There is one slight elephant in the room here. If the location and style of the space seem familiar, it might be because it was originally conceived as The Roots Barn, a new home for acclaimed and long-running variety-show, radio, and TV broadcast Music City Roots, which began in 2009 at Loveless Cafe, moved to The Factory at Franklin in 2014, and has been without a home since 2018, originally meant to relocate to downtown’s 6th & Peabody before unveiling plans for the purpose-built Roots Barn three years ago. It was announced late last year that Music City Roots’ organizers and team all resigned or were let go from this project due to creative differences, with the venue rebranding and moving forward without them. This is, of course, an unfortunate development, and we hope the MCR folks find a new home that suits their needs, but also also remain curious to see what Timberhawk Hall will become outside of the constraints of its original conception. 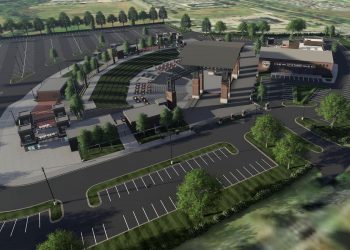 Notes Live, a growing Colorado-based player in the live music scene, has announced plans to construct a new amphitheater...

Louisville's Forecastle Festival is one of our favorite annual events; a manageably-sized, well-curated, extremely fun and organized festival in...