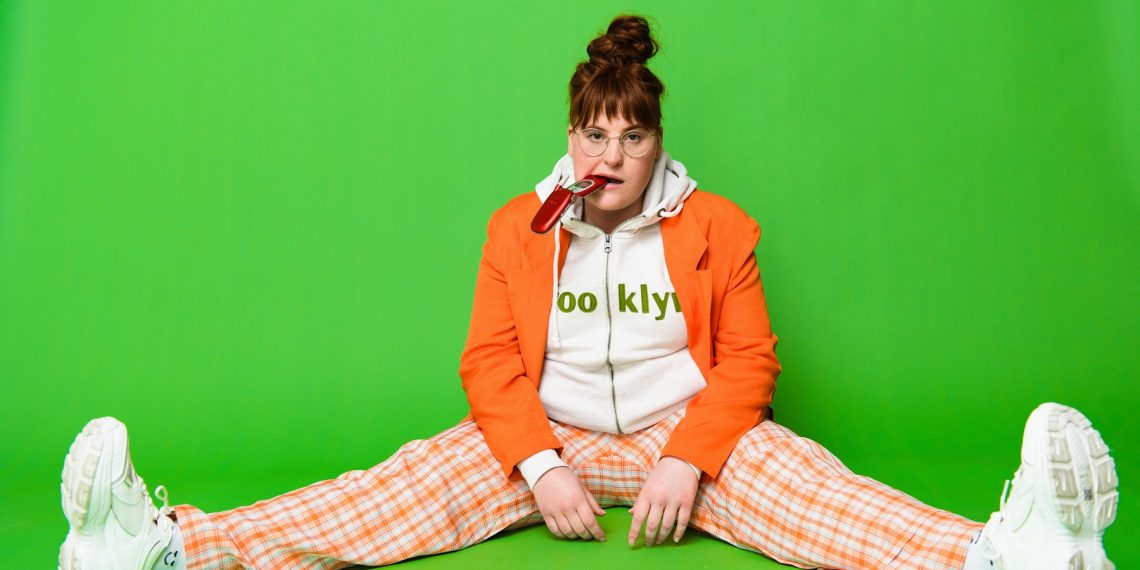 Nashville-based quirky, queer alt-pop artist corook is so new to the scene that her first single only dropped six months ago, but with the excellent and varied string of tracks that’ve arrived since, leading to last month’s really extraordinarily catchy, funny yet earnest debut EP, achoo! (an effort she released through Atlantic Records; not bad for a brand new project), she’s fast become one of Music City’s most exciting new artists to keep an eye on. Born Corinne Savage and hailing from Pittsburgh, 27-year-old corook (pronounced corook) grew up on a steady diet of Gwen Stefani, Drake, and Mac Miller, and attended a performing arts high school before graduating with a dual degree from Berklee College of Music, eventually settling down in Nashville after trying out some other big cities. Whether it’s stressing how much she hates snakes, roleplaying as her father while commenting on the hurdles of the modern college experience, or devoting a whole song to the distraction that is The Sims, there’s a definite silly streak that runs through corook’s bouncy, insanely catchy, super stylish indie/alt-pop songs, as well as their accompanying music videos and the bright and humorous aesthetic surrounding a lot of her press material. But if you take the time to listen- not just to the more serious tunes like the soul-searching “idk god” or the more introspective “bad friend,” but to the underlying themes of even the sillier tracks- you’ll find that the comedic veneer seems to be a bit of a mask, to add a layer of lightheartedness while vulnerably exploring feelings of stress, uncertainty, the difficult bonds of meaningful friendship, and self-confidence. Fresh off her first tour ever with K.Flay, and set to hit the road with JP Saxe ahead of Bonnaroo, corook, a multi-instrumentalist, producer, and self-described “huge fuckin dork,” arrives at Bonnaroo as one of THE most buzzworthy new artists of this year’s whole lineup. We absolutely love catching up and comers at the start of what feels all but certain to be a huge and substantial career, and having already dropped one of 2022’s best pop albums, there couldn’t be a more exciting moment to see corook live, especially while she’s still playing more intimate stages. Make her performance a priority!