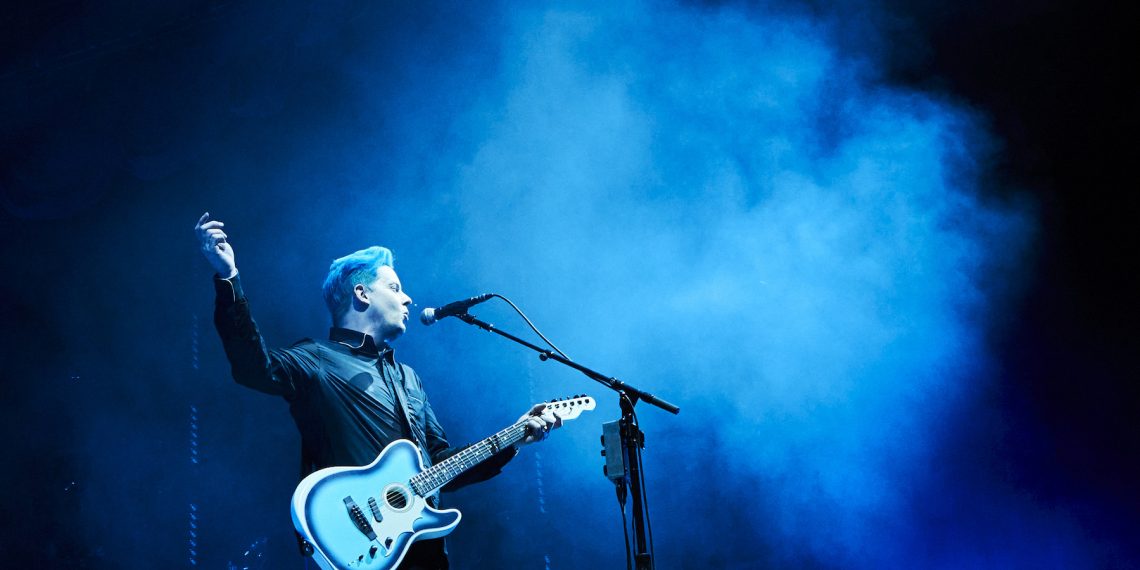 For a number of years now, Nashville has been the adopted home and a city of monumental importance for rocker Jack White, who launched the brick and mortar HQ for his beloved Third Man Records here way back in 2009 (he’s since established locations in his native Detroit, as well as London), preempting the boon in interest as “New Nashville” took hold over the past decade. His entire career as a solo artist, beginning with 2012’s Blunderbuss, has all happened throughout his time in Music City as well, and over the years we’ve been delighted to watch the famed musician rise out of the shadow of his former group, The White Stripes, to establish a commanding reputation as one of rock’s most formidable modern icons, returning every few years with a new LP- four now in total- with a fresh and inventive new direction.

White has always been good about playing a local show at least once every record cycle, but it’s been nearly four years since the rocker last performed in town, and basically a decade since he’s headlined anywhere besides an arena, making this weekend’s pair of Ascend Amphitheater dates an extra special homecoming. Out in support of his wild and hard-rocking new album Fear of the Dawn, the first of two planned LPs for 2022, Jack’s “Supply Chain Issues” tour was everything we’d hoped for and more; a much-welcome and long-overdue return home, and perhaps the best rock show we’ve caught since before the pandemic!

Jack has been hosting a variety of exciting and varied openers throughout this tour, and for his first night in Nashville, he welcomed an extra special supporting act: reunited local rockers Be Your Own Pet, one of the city’s most celebrated but ultimately short-lived young bands of the ’00s, back after 14 years. After playing a not-so-secret warmup show the night before at Soft Junk, BYOP took the stage at Ascend with the energy and excitement of a band who never left (most members have continued to perform in other projects all these years, so it’s no surprise they sound as good as ever) rocking a surprisingly lengthy and energetic set of old favorites which, unfortunately, were probably new to a lot of attendees, but nostalgic enough to make any old Nashville holdouts weep with joy. Night two took things in a more mellow direction with singer-songwriter JD McPherson, a seasoned performer and compliment to White’s rootsier tendencies, whose earnest style and polished live chops set the tone for an even more frenetic and locked in second night set from White and his band!

Clad in a sequined jacket, awash in a his signature blue light with minimalist, blue-hued production, and backed by a pared down band (compared to some past performances we’ve witnessed) of longtime collaborators- drummer Daru Jones, bassist Dominic John Davis, and keyboardist Quincy McCrary- White’s first night at Ascend was heavy on the new tunes, including two from forthcoming LP Entering Heaven Alive, and White Stripes classics like “Hello Operator” and “We’re Going to Be Friends.” With some many decades of his own various projects to pull from, White doesn’t tend to play a ton of covers, but an early inclusion of Stooges classic “I Wanna Be Your Dog” felt like a nice nod to the rocker’s own Michigan roots. For night two, Jack and the band felt even more high-energy and in the pocket, altering about half the setlist to pull from all four of White’s solo albums, some more deep cut White Stripes tunes (like “Let’s Build a Home” and “I Fought Piranhas”), and tracks from both of his other renowned side projects, The Dead Weather and The Raconteurs. Being Nashville, we thought perhaps we’d see member or two of those projects join Jack on stage, but he kept things lean with just his own band, amusingly passing the mic to a mannequin on stage during new tune “Hi-De-Ho” while Q-Tip’s verse played through the PA.

While both nights ended with “Seven Nation Army,” a single White’s probably doomed to play for the rest of eternity, but one that admittedly really whips the crowd in a raucous singalong, the second featured an extra-long encore, also including “Icky Thump,” “Sixteen Saltines,” and more, and the rocker seemed extra sentimental, appearing to tear up a bit as he thanked Nashville for being so good to him all these years (it’s been an emotional tour in general, it seems, as White kicked it off in Detroit by proposing to and then apparently immediately marrying longtime girlfriend Olivia Jean on stage). We’re just as thankful too, to have such a talented, knowledgeable steward of the contemporary rock scene and advocate for independent artists based right here in Nashville, and look forward to many, many more of these magical homecoming shows in the future!

Steady, as She Goes (The Raocnteurs)
Seven Nation Army (The White Stripes)