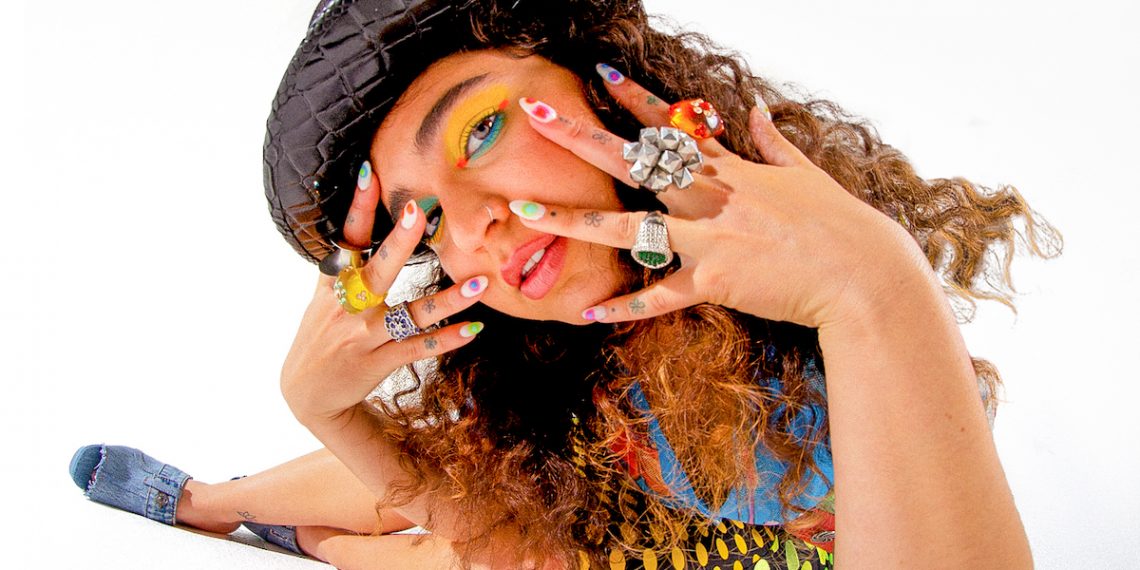 Los Angeles based, Palo Alto raised funky, experimental bedroom pop artist Remi Wolf has been living life and making art fiercely on her own terms for years, and it’s that unrelenting personal style and aesthetic that has quickly positioned as one of the next buzzworthy darlings of the indie scene ahead of Bonnaroo, one of her most high-profile gigs to date. Raised by “pretty weird and very confident” parents, Wolf juggled an early interest in music with a budding career as a Youth Olympic skier, eventually putting her athletic ambitions aside to attend USC to further study music, at the time obsessing over classic LA punk and funk, and radio-primed pop, rock, and r&b, all while honing her sound as a writer with longtime collaborator Jared Solomon. Upon graduation, Remi quickly captured attention online for her genre-bending and confident debut EP, You’re a Dog, in 2019, giving way to a major label deal with Island, who released follow-up EP, I’m Allergic to Dogs, last year, spawning the viral TikTok single “Photo ID.” Wolf spent the pandemic writing what would become her debut LP, Juno, due out this October and named for the dog she adopted during that time, who was her companion throughout the process. 2020 also saw the young singer combat a growing problem with substance abuse by going to rehab and getting sober, an experience reflected in recent single “Liquor Store,” one of the more personal and confessional of Remi’s latest tunes, which can sometimes be more off-the-cuff and avant-garde in theme. Though her visual aesthetic, both in her attire and music video choices, is bright and colorful and psychedelic, Wolf’s music is far less definable, jumping between musical influences and alternating between mainstream pop accessibility and refreshingly weird individuality, earning the budding star some impressive fans like Nile Rodgers, Beck, John Mayer, and Willow Smith. Easily one of the most exciting up-and-coming artists on the entire Bonnaroo lineup, we hope you’ll make Remi Wolf a top priority at this year’s fest!

Bre Kennedy Announces Debut LP, 'Note to Self,' with a Pair of New Singles, "Boundaries" and "Milestones"