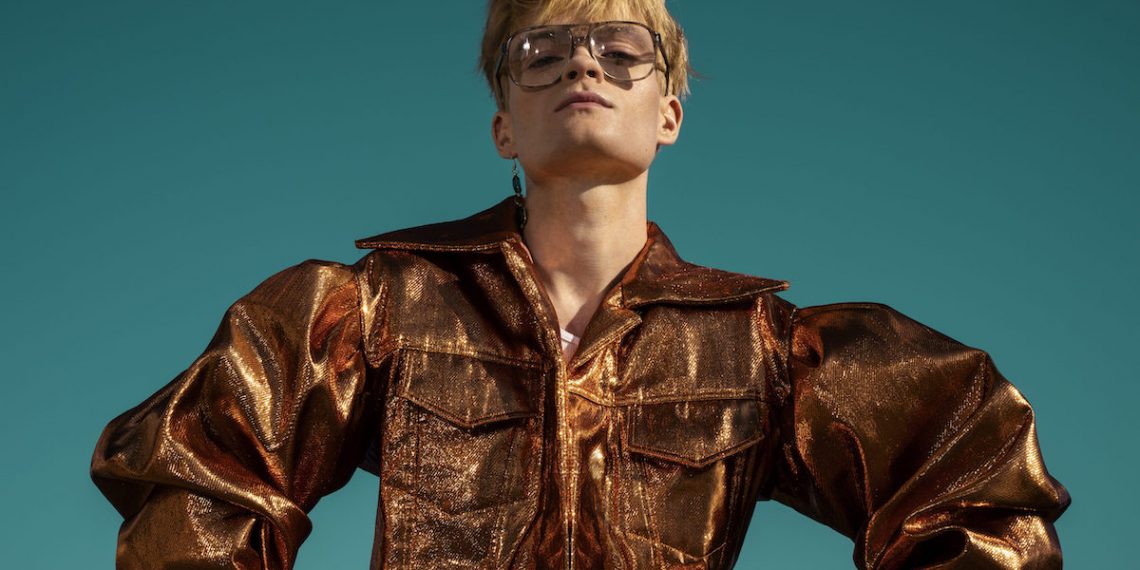 While we’ve been lucky enough to know him as a part of the local scene for the last few years, this past year has catapulted glam-pop superstar-in-the-making Jake Wesley Rogers to brand new heights well beyond Music City, thanks to a major label deal with hitmaker Justin Tranter’s Warner imprint Facet Records, and an excellent new series of singles that feel like the most essential, personal, and stadium-primed of the singer-songwriter’s work to date. Hailing originally from Springfield, MO, Rogers, who gravitated to music at a young age, was raised by a mother in radio, who took a young Jake to regular performances of his idols like Lady Gaga and Nelly Furtado and fostered his love for performance. Belmont brought him to Nashville at 18, and soon after Rogers began releasing music of his own, drawing attention for his piano-heavy, lush and earnest pop with debut EP Evergreen, and his 2019 followup, Spiritual. The latter, and particularly standout track “Jacob from the Bible,” caught the ear of Tranter, a longtime hero of Jake’s, and led not only to his signing, but also to Tranter’s role in helping co-write Jake’s recent work. Long has JWR used his music to navigate his experience as a queer man from a religious midwestern community, and with his latest crop of singles, which kicked off with breakout earworm “Middle of Love,” he’s as open, confessional, and ponderous as ever, penning substantive tunes with enough pop flair to attract praise from the likes of Zane Lowe, Adam Lambert, Kate Hudson, and even Sir Elton John, who compared Jake to his own early days. Hot on the heels of Lollapalooza, ahead of his first major label EP, and with an arena tour on tap next year in support of Ben Platt, it’s not a matter of if, but when Jake Wesley Rogers will become the next big breakout act, and we implore you to catch him on more intimate stages while you still can.