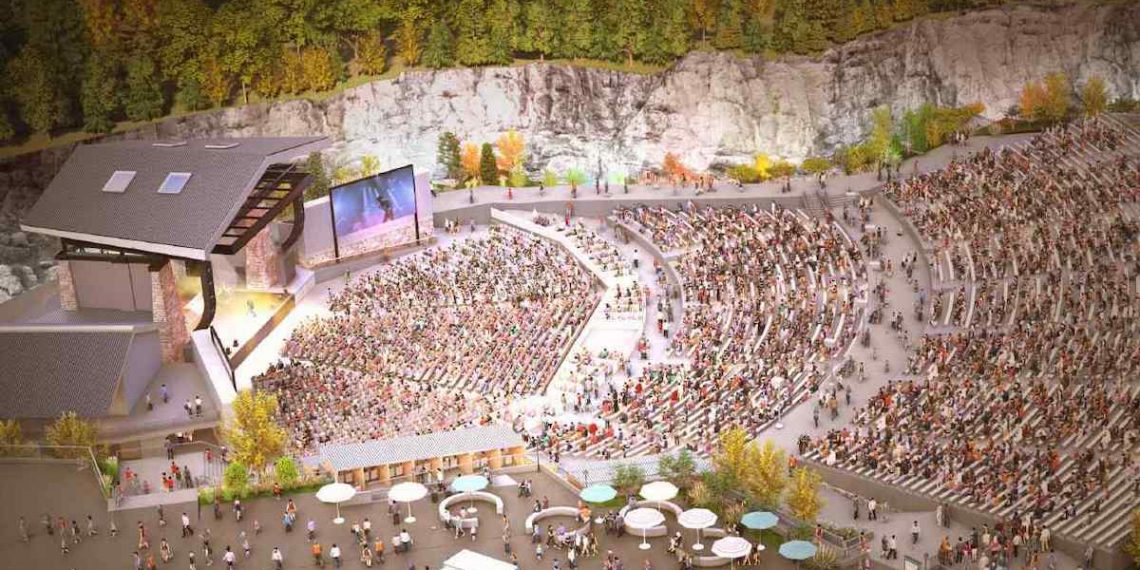 It’s been nearly 15 years since the closure of Starwood Amphitheatre, the area’s premier outdoor venue space for two decades, the absence of which left Music City without one of the most essential components for summer tour season. While some great, albeit much smaller, amphitheaters have appeared in Starwood’s absence, when the news first broke that a new open-air amphitheater was being constructed in a reclaimed rock quarry in nearby Williamson County, we immediately hoped it might become the proper successor to Starwood we’ve long hoped for.

Now open, and having officially kicked off its season with a country star-studded charity event (complete with their first traffic snafu, a problem owners promise will be swiftly resolved), followed by perfromances from Counting Crows and rockers Greta Van Fleet, earlier this month, the newly minted FirstBank Amphitheater is an impressive sight to behold, though one less than half the size of the former Starwood, boasting a capacity of 7,500 (Starwood held over 17,000, for the record, and that 15,000-20,000 range is typical for large-scale summer tour stops, sometimes causing Nashville to lose out to markets with larger venues like Atlanta). By comparison, Ascend Amphitheater in dowtown Nashville can accommodate 6,800 attendees, and The Woods at Fontanel, which served as the area’s best outdoor option before Ascend’s construction, holds 4,500, making FirstBank, which, like the other two, is programmed by LiveNation, now the biggest dedicated outdoor venue of its kind around (the next jump up, for the Taylor Swifts and Rolling Stones of the world, would be Nissan Stadium, with a sizable capacity of about 70,000). One solution for larger outdoor tours hoping to play Nashville that need to sell more than 7,500 tickets, is to plan for two or more nights of shows, as at least one tour on the schedule has so far, and, also, it’s not uncommon for artists who want to stop through Music City to play slightly smaller spaces, as The Ryman constantly reminds us.

Complete with all of the amenities expected of a modern concert venue, FirstBank Amphitheater boasts a variety of quick to upscale food options, including pre-concert dining, a range of comfortable seating and VIP clubs and suites, state of the art sound and lighting, and plenty of parking. As far as Covid safety, the venue currently seems to be operating artist-to-artist, but has detailed some enhanced cleaning protocols. As a LiveNation partner, it’s likely they’ll be subject to the broader vaccine mandate the promoter is rolling out in October, however we’re not entirely clear on how that rule will apply to partner venues such as this. So far, the only artist on FirstBank’s schedule to announce additional vaccine requirements are The Jonas Brothers, who stop through on the Remember This tour next month.

After a relatively quiet few weeks since their grand opening, a busier late summer show season kicks off tomorrow, officially bringing the venue into full swing. With the live touring industry still slowly returning, especially at the larger scale, this whole season is lighter than usual nationwide, and that seems to reflect this schedule as well, but, still, it’s a fun start, and hopefully just a taste of what to expect from the brand new venue in 2022. Here’s who’s up tap for the rest of the inaugural season: