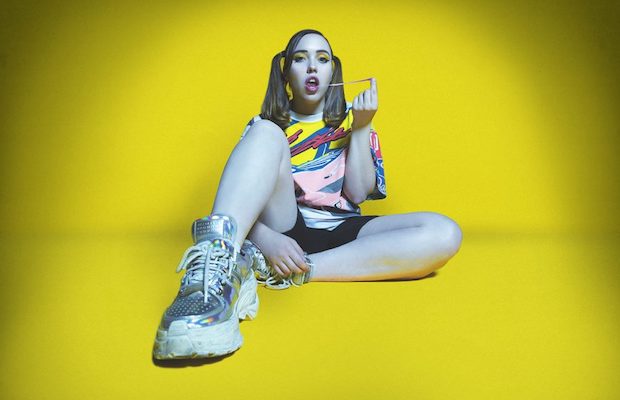 It’s only been a few years since local artist Sophie Allison first felt emboldened to embrace a lifetime of songwriting prowess, and released her introductory crop of bedroom recordings online under the moniker Soccer Mommy. Fresh out of high school, the young singer’s knack for crafting laid back, raw, and emotionally resonant songs helped her immediately plug into the flourishing Nashville DIY scene and generate broader interest, before soon relocating to New York to attend NYU and committing to foster her art from afar. As Soccer Mommy’s buzz continued to grow, Sophie inked a deal with Fat Possum Records, who released Collection, a chilled-out and loosely focused culmination of her lo-fi bedroom pop, in 2017. In the subsequent year, the project gained an unprecedented amount of traction, leading to Allison’s decision to put school on pause and return to Nashville to make Soccer Mommy her full-time focus, all the while touring the nation and sharing the stage with some big names like Paramore, Slowdive, Phoebe Bridgers, and Mitski, and opting to take a more formal studio approach for the first time in crafting her gorgeous debut full-length, 2018’s Clean, an intimate, nuanced, and profoundly personal work, which connected with an emotional weight and effortless cool.

Her debut was lauded as one of the year’s best releases, and it’s been a whirlwind of buzz and increasing prestige for Soccer Mommy ever since, with the new 22-year-old continuing to appear with big names like Kacey Musgraves, Wilco, and Vampire Weekend, and quickly earning a reputation of one of indie rock’s most essential young performers. With her highly-anticipated sophomore studio album, Color Theory, out now, Feb. 28 through Loma Vista, perhaps our singularly most-anticipated local release of the year, especially after a crop of incredible new singles- “Yellow Is the Color of Her Eyes,” “Circle the Drain,” and, most recently, “Bloodstream”- dominating our listening in recent months (check out videos for all three below), it seemed only a matter of when, not if, Soccer Mommy would finally make a well-deserved national TV appearance, and she did just that with a recent debut on Jimmy Kimmel Live!, performing two new tunes, “Circle the Drain” and “Lucy,” and sounding all the more impressive as she has each and every time we’ve seen her and the band live, from promising DIY beginnings to huge supporting stages. Watch Soccer Mommy doing the Nashville scene proud below, and stream Color Theory, already a contender for best-of-the-year right now!