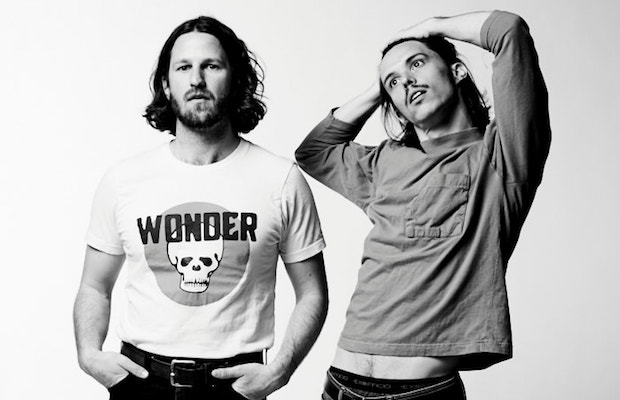 Longtime friends and collaborators Jake Cochran and Jeff Gorman formed their indie rock project Illiterate Light after spending years playing and performing alongside each other in various projects and endeavors, including eclectic ventures like running an organic farm in the Shenandoah Valley, touring the mid-Atlantic by bicycle, and living in small communities while pursuing modes of alternative education. Hailing from Harrisonburg, VA, though they’ve immersed themselves in the scenes of both Richmond, VA and here in Nashville as well, the duo formally came together in the summer of 2015, cutting their teeth at local breweries and other venues in regional areas like Washington, DC, and Charlottesville. Since the release of their debut EP Langue in 2015, the pair have sought to transcend the typical limitations of making rock music as a duo, with Gorman expanding on his melodic guitar work and earnest, personal lyrical style by playing synth bass with his feet, and Cochran adding lush and harmonic vocals on top of his anchoring drum work. The result is an expensive, pop accessible, genre and era spanning sound that has really come into its own across subsequent singles and EPs, with early 2019’s Sweet Beast helping shoot the group onto the national scene, embarking on higher profile tour dates and festival outings, and even landing a major label deal ahead of last fall’s Vance Powell produced eponymous debut LP.

A stellar live outfit who now call Nashville home, Illiterate Light are no strangers to performing here in town, but today, Feb. 29, you have not one, but two chances to catch them live! First, the duo will stop by Grimey’s for a free, all ages in-store performance at 5 p.m., certainly an unbeatable afternoon hang, but the full show is going down tonight at The Basement East, which they’ll headline with support from local alt/indie artist Shane T! Undoubtedly one of the weekend’s coolest shows, you can still snag tickets right here while they last!

Illiterate Light and Shane T will perform tonight, Feb. 29 at The Basement East. The show is 18+, begins at 8 p.m. (doors at 7 p.m.), and tickets are available to purchase for $15. You can also catch a free, all ages, in-store performance form Illiterate Light 5 p.m. at Grimey’s (details here).