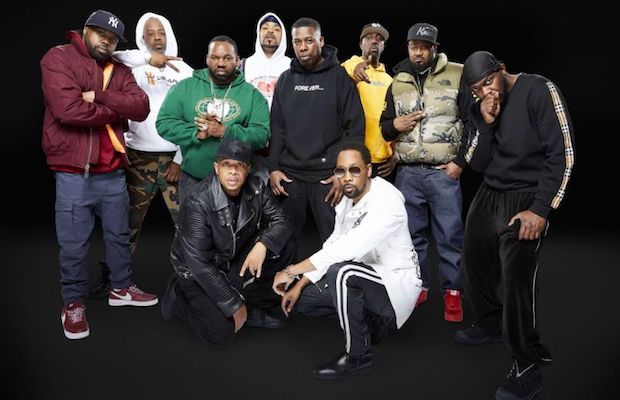 Last year, beloved New York hip hop trailblazers Wu-Tang Clan made history by becoming the first rap group ever to headline the historic Ryman Auditorium (a bit of a stunning fact for such a long-running and storied performance hall, but with Common appearing a few months later, we hope the doors are no open for more hip hop in the future), also marking their first appearance in Nashville in what appeared to be several decades (individual appearances and nearby Bonnaroo notwithstanding). Thankfully, the Mother Church seemed to have as much fun as the those in attendance and the group themselves, as Wu-Tang have been tapped for a swift return, less than a year later, on May 3!

Still touring as an extended 25th anniversary celebration in honor of their seminal 1993 debut, Enter the Wu-Tang (36 Chambers), this should be a great opportunity for those who missed out the first time around (or want to experience it all over again), and even though it won’t be the history-making first event, it’s still an opportunity to see one of hip hop’s most important and enduring groups in one of the nation’s best and most sonically impressive venues. Tickets sold out quick last time around, and even without the novelty or hype of the first Ryman rap show, we expect the same for the Wu’s return. Snag yours here while you can!