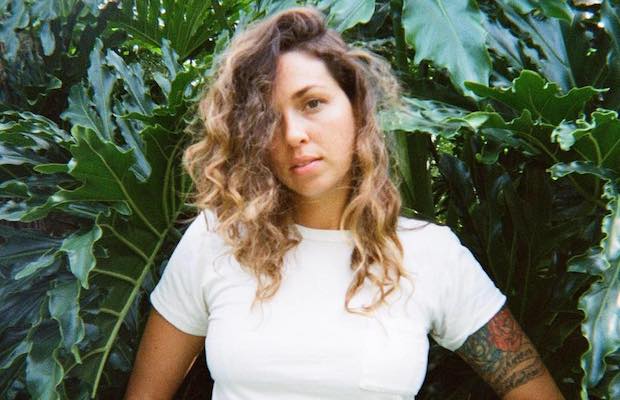 “How’s this for overreacting?” Sad Penny posits in “Pissing,” an absolute scorcher of an anti-love song. While everyone else was posting photos of their loved ones with long captions about the teary-eyed, soul-humping impact their partners have had on their lives, Sad Penny dropped this one for the rest of us on Valentine’s Day. Hit play for the grungy guitars and stick around for Sad Penny’s biting commentary.

“Pissing” is the first release of the year from Sad Penny’s Jo Meredith. Meredith shares the backstory on the track, saying, “I went on a cross-country road trip with my ex-boyfriend. It was supposed to be one of those dreamy trips with landscapes and sunsets and music and beautiful memories.” However the trip wasn’t all sparkles and butterflies. “Instead it was me jumping out of a moving vehicle because he thought it was a good time to tell me about how he just got a blowy from the girl who’s house we were about to crash at,” she says. “The only other memory I have from that trip is not being able to pull off at rest stops. Not because we couldn’t, but because he didn’t want to.”

Sad Penny originally got off the ground in 2017 with the single “Adison,” a prettier sounding perspective on breaking up as a part of the Sun Cured EP. After a trio of singles came out in 2019, we’re hoping for more releases and shows from Meredith this year. Sad Penny is a part of the latest wave of the best of Nashville’s indie rock/songwriter scene, joining the likes of Bully, Charli Adams, Liza Anne, Hank Compton, Bre Kennedy, and Soccer Mommy.

For now, hit play on “Pissing” and follow Sad Penny on socials to keep an eye out for what’s next.