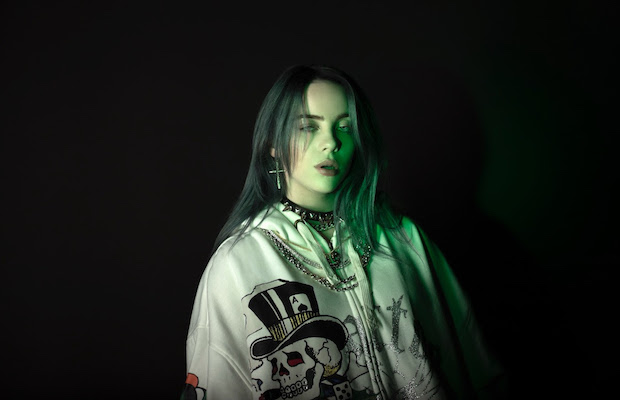 Though she’s been steadily building up buzz and growing in fame for a couple of years, 2019 was, without a doubt, 17-year-old alt/electropop singer Billie Eilish‘s biggest and most important year yet. Following a breakout debut EP and a string of huge singles since first springing onto the scene in 2016, Eilish dropped her first proper full-length, When We All Fall Asleep, Where Do We Go?, back in March, which has gone on to become the second-biggest album of the year and biggest North American debut of the decade, with ubiquitous tune “bad guy” becoming the longest-running Hot 100 top ten hit by a female artist in the last century and the most-streamed song on Spotify this year. With multiple Grammy nominations recently announced as well, it’s safe to say that if there was any doubt to Billie’s sustained artistry or widespread appeal, 2019 has firmly cemented her as one of alternative pop (and Gen Z)’s undeniable musical greats.

Following a stunning local headlining debut at Ascend Amphitheater earlier this year, and before she returns in the spring to tackle Bridgestone Arena, Billie and her brother and chief collaborator Finneas hosted a very special, secret acoustic show at Third Man Records’ Blue Room last month, an apparent invite-only affair for a handful of fans and local music and industry folks. As Third Man is wont to do, the whole intimate affair was recorded direct-to-acetate system, welcome news for those of us unable to attend. Typically, Third Man makes a limited number of black & blue vinyl variants available to pre-order for those in attendance (generally with a normal vinyl public release later), but either because this was such a high-profile show or because it wasn’t open to the public (or both), things are a bit different this time around. Available only this Friday, Dec. 6, Nashville fans will have a chance to snag one of two exclusive variants of the live pressing: a green vinyl edition (also available at the Detroit shop) and the black & blue exclusive to Nashville, which features hand-made one-of-a-kind splatter art made by Eilish herself during her visit- watch the video below to see how!

It’s unclear just how many black & blues have been pressed, or what the premium price point might be, but even for Third Man, this feels like an especially personalized touch, and a definite collector’s item any super fan will surely cherish. Both storefronts open at 10 a.m. (again, the green, non-splatter version is available in Nashville and Detroit, with the black & blue and splatter jacket a Nashville exclusive), and while these exclusive variants are definitely only available this Friday in person, we hope that, like most Third Man exclusives, a mass-market edition on black vinyl will eventually see the light of day for those who can’t get their hands on the exclusive (while we can’t specifically confirm that at writing, and don’t know the intricacies of the label arrangement to allow for this release, we can say that in most cases a wider release does follow).