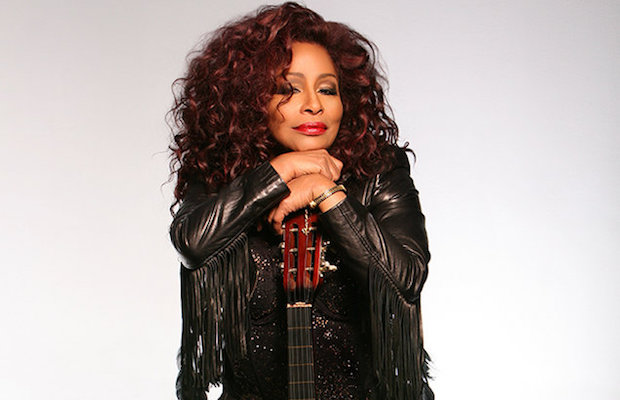 One of the most celebrated, enduring, and beloved musical artists in modern history, with an impressive career spanning five decades and a notable knack for reinvention, the one and only Chaka Khan is set to play an extra special Nashville show later this summer, Sept. 22 at the Grand Ole Opry House, which we first told you about a few months back. A guaranteed party for fans of r&b, soul, funk, and disco, this is, without a doubt, the coolest, most retro spirited event Khan has hosted in Music City in years, and with a supporting slate of famed r&b singer Macy Gray, buzzy soul up and comer Victory, and Nashville’s own Sparkle City Disco rounding out the bill, it feels like one of 2019’s most essential happenings! You can still get tickets right here while they last, but we’re pleased to announce that we’re also giving away a pair of tickets to one lucky fan! If you’d rather try your luck, read on for more about the show, and enter for a chance to win below.

With ten Grammys, tens of millions of album sales, and a career spanning back to the ’70s, when she first rose to fame fronting pioneering Chicago funk group Rufus, before blazing her own trail as a hugely beloved and influential solo r&b, soul, disco, and funk singer and songwriter in the late ’70s and throughout the ’80s, multi-faceted artist Chaka Khan has, undoubtedly, truly earned her moniker as the “Queen of Funk.” While her recorded output slowed throughout the ’90s, and she released just two LPs last decade, and a brand new 12th one, Hello Happiness, earlier this year, Khan has remained a celebrated and influential musical figure and certifiable superstar, worthy of associations with friends and collaborators like Prince, Stevie Wonder, and Mary J. Blige, continuing to tour, collaborate, and rack up late career awards and accolades. She made stops in Music City in recent years, backed by the Nashville Symphony for a more formal affair, but when Chaka returns to town this fall, it’ll be much more of a party akin to her early days, and perhaps of the most unique and memorable ways you’ll ever see her perform in Nashville- don’t miss out!

Born Natalie McIntyre in Canton, Ohio, Macy Gray didn’t aways have serious musical aspirations. Despite being a passionate and enthusiastic music fan and a creative talent, she felt hindered by her distinctive raspy voice. However, it’s that voice that helped attract  industry attention while living in Los Angeles, after recording fill-in vocals on a demo for a friend. Nabbing a major label deal, she released her breakout debut, On How Life Is, in 1999, becoming an overnight superstar thanks to massive hit single (and Grammy award winning) track, “I Try,” lauded both for her unique, soulful r&b and jazz infused sound and quirky personal style. While subsequent efforts weren’t quite as huge, by fourth LP Big, Gray was nonetheless a consistent critical darling and mainstream fixture, simultaneously transitioning into acting on screen while touring the world and scoring ongoing hits. Despite some personal ups and downs, the last decade or so has seen the singer release six more full-lengths (now 10 total), wavering between covers, classic-leaning originals, and experimental faire, remaining a modern musical legend and staple of the r&b and soul scene.

Hailing originally from Detroit, Victory Boyd, who simply performs as Victory‘s parents and siblings are all musicians, and her father founded the Boys & Girls Choirs of Detroit, which Victory began singing in at age 4. In 2007, the Boyds relocated to New Jersey, and began singing every morning- all ten of them- at Central Park’s Bethesda Fountain, where they quickly earned viral attention from tourists and passersby, finding praise and countless views on YouTube and from a variety of media outlets. After being alerted to their videos by a friend, legendary rapper Jay-Z requested a meeting with the family, and opted to sign all of them to his Roc Nation label, singling out Victory in particular to develop for a solo career. The 24-year-old made her debut with 2017’s It’s a New Dawn EP, quickly finding acclaim for her fusion of soul, folk, and jazz, and powerful, personal, and beautiful voice, which conjures legends like Nina Simone. Victory’s full-length debut, The Broken Instrument, arrived last year, and might just be one of the most powerful, resonant debuts in recent memory, positioning her as an absolute must-know rising star!

Since first hitting the scene seven years ago, Sparkle City Disco have become Nashville’s premiere vinyl disco DJs and curators of epic disco parties. With current monthly residences at Bar 308 and, an annual Sparkle City River Dance party, pop ups throughout the city and region, and more, Jonas Stein and David Bermudez (along with frequent special guests) are Music City’s go-to DJs for a wild dance party, and with them on the bill, this show is sure to be even more epic.

Winner will be announced Friday, Aug. 30 at 12 p.m. CDT, and will receive one pair of tickets. Good luck!