[NO COUNTRY PREMIERE] J. Marco Returns with Earnest, Hook-Laden New Single “Down & Out” 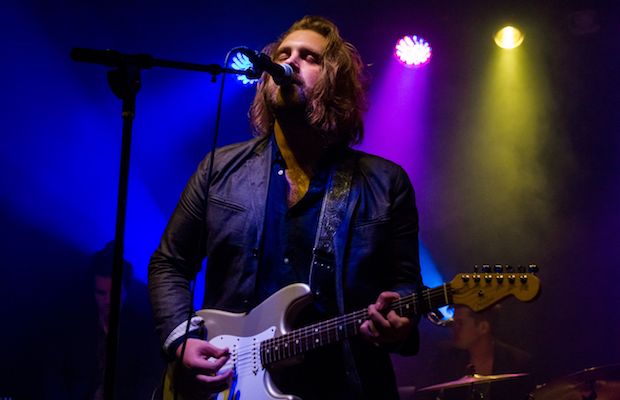 Since springing onto the scene with his debut solo LP, Myth, a few years ago, local rocker J. Marco has been a site favorite and a staple of the Nashville musical underground, hooking us in with his unique blend of fuzzed out garage rock, punk, and pop. Originally from Massachusetts and formerly the frontman of New City Savages, J. followed up his stellar debut with another great record, Days of Surrender, in the fall of 2017, honing his sound with a harder, grittier punch while still maintaining a pop accessibility. Since then, Marco has continued to be formidable live presence on the local show circuit (he notably even played our former Acme Feed & Seed showcase series), though he’s been quieter on the recorded front, releasing just one new tune, “Truth,” last year.

Today, however, J. Marco returns with his first new single of 2019, “Down & Out,” and we’re thrilled to bring you an early premiere- hear it below!

“‘Down & Out’ comes from the times in our lives in which we feel defeated, lost, and hopeless,” J. Marco explains, “So much so, that we are willing to give up pieces of ourselves that we never thought we could or would, for a desperate attempt at redemption, or a the chance of a new beginning. How much would you trade for a glimmer of light in the dark?”

Despite its earnest and reflective subject matter, “Down & Out,” which was produced by Stevie Rees and J. Marco, mixed by Chad Howat, and mastered by Ray Kennedy, maintains the multi-talented artist’s signature pop sheen, adopting layered and somewhat retro instrumentation and synths aplenty, incredibly catchy hooks, and a bit of indie and garage rock bite- definitely landing more on the power pop side of the spectrum, but still embodying the full vibe of a J. Marco song, sure to be a staple of many summer playlists.