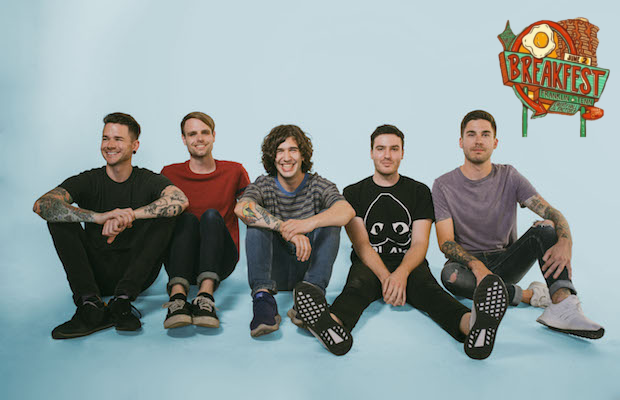 Formed in 2010 in the suburbs of Chicago, Real Friends have, over the past several years, become one of the best and most dependable acts among a new wave of pop punk. Part of a crop of revivalists acts who’ve sprung up since the start of the decade, pop punk has seen something of a sonic and philosophical course correction, moving away from the reactionary scene that sprung up after the style became all the commercial rage in the ’00s, and moving back towards the rawer, faster, more punk rooted and melodically resonant approach that ruled the ’90s and early ’00s. Like Knuckle Puck, State Champs, and other breakout and beloved peers, Real Friends are part of this refreshing new movement of bands, and perhaps best nail the sound, earnestness, energy, and feel of favorites like The Starting Line, Taking Back Sunday, and, of course, New Found Glory, albeit fused with contemporary flair.

After an series of well-received early EPs, Real Friends signed to Fearless Records in 2013, and released their debut full-length, Maybe This Place Is the Same We’re Just Changing, the following year, instantly attracting a cult following, praise from within the punk scene press and beyond, and increasingly larger tours and spots at events like Warped Tour. By their sophomore LP, the equally raw, resonant, punk spirited yet pop accessible The Home Inside My Head in 2016, the group had become one of the most popular and buzziest acts in pop punk, but, despite positive reception from fans, weren’t entirely happy with the finished product, and quietly took much of 2017 off, as vocalist Dan Lambton also publicly struggled with bipolar disorder. Weathering their personal turmoil, the band returned last year with their best record yet, Mike Green produced third effort Composure, packing just as much earnest, raw, and confessional songwriting with a more mature focus. Destined to go down with as strong a legacy as the bands that inspired their sound, Real Friends are, without a doubt, one of the most refreshing and important bands in modern pop punk.

LISTEN | “I Don’t Love You Anymore”

WATCH | “From the Outside” (Official Music Video)