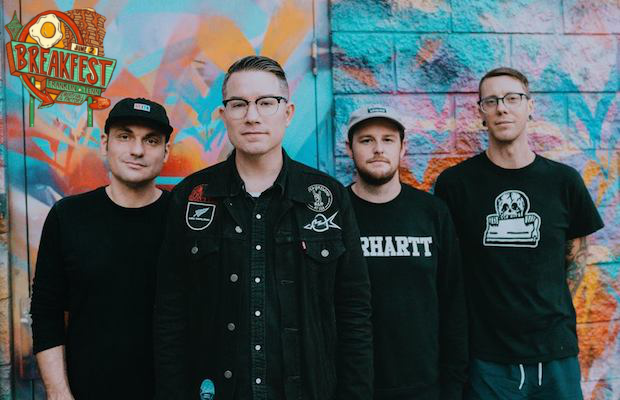 Formed in Dayton, Ohio around the start of the millennium, and known as A Day in the Life in their early years, before settling on Hawthorne Heights in 2003, after signing to infamous but scene-foundational label Victory Records and releasing their debut LP, The Silence in Black and White, in ’04, the famed screamo outfit became one of the most popular and successful emo and post-hardcore infused acts of the ’00s. Earning Gold certifications, chart-topping singles, television and radio play, and spots on prestigious tours of the day like Warped Tour, Nintendo Fusion, and Projekt Revolution, Hawthorne Heights found massive success thanks to gut-wrenchingly raw and earnest, yet aggressive and heavy, early singles like “Ohio Is for Lovers” and “Niki FM,” propelling their second LP, If Only You Were Lonely, which spawned over fan-favorite tracks like “Saying Sorry,” to similarly impressive commercial heights and scene resonance upon release in 2006.

The later years of the last decade would see the group face some unfortunate obstacles, including the tragic and sudden death of founding guitarist Casey Calvert, a messy legal battle with their label, and the general cultural shift away from scremo, prompting them to return to their DIY roots after a 2008 third Victory Records LP, Fragile, and briefly flirting with a major label for 2010’s Skeletons. More recently, Hawthorne Heights independently released a trio of EPs, as well as a 2013 dystopian concept album, Zero, distributed through Red Entertainment, and have become an increasingly more active touring outfit at the club level (with frequent stops in Nashville in recent years), also returning to Warped Tour and embarking on anniversary runs for their beloved first two LPs. After partnering with Pure Noise Records, the band returned last year with their most inspired album in ages, Bad Frequencies, managing to bridge the angst and emotional resonance of their early work while firmly navigating adulthood, making for a nostalgic, eclectic, confident nod to the past with one eye to the future. If you haven’t checked in on Hawthorne Heights in awhile, there’s never been a better time!

LISTEN | “Ohio Is for Lovers”